When it comes to weighing the pros and cons of drum and air disc brakes, experts point out several factors like maintenance requirements, brake performance, ROI and — perhaps more importantly than ever — driver preference.

“Along the lines of liability, certainly the shorter stopping distance helps prevent accidents,” Bendix wheel end director of marketing Mark Holley said of air disc brakes, “but you've also got straighter or more controlled braking so that helps keep the truck in the lane, and so the side benefit is driver satisfaction and driver retention because if they know they've got a better performing brake, it gives them peace of mind.”

“Some fleets report that spec’ing air disc brakes can help with the crucial issue of retaining drivers,” Kay said. “Reduced brake-to-brake variation and more linear torque output offers ride and handling characteristics that are closer to that of a passenger car. Plus, the improved ride and handling can instill increased driver confidence in the brake system.”

“This results in safer vehicles with less stress for drivers,” he said, “along with a work environment that is more comfortable and sustainable for these road warriors operating in today’s high-volume traffic.”

A Wabco Solution Center article pointing out the advantages of air disc brakes over drums states that, “Comfortable, confident drivers are the key to increasing uptime and improving safety. The confidence provided by shorter braking distances, and the ‘car-like feel’ that drivers report with ADBs can help reduce fatigue and improve driver response and performance.”

When it comes to roadside inspections, drivers can breathe a little easier thanks to a major design difference between disc and drum brakes.

Commercial vehicle inspectors sidelined approximately 4,300 trucks across the U.S., Canada and Mexico for brake-related violations as part of the 2021 Commercial Vehicle Safety Alliance’s Brake Safety Week. The out-of-service rate related to brakes in the U.S. was 13.5% out of the 28,694 commercial motor vehicles inspected.

“One of the chief violations is brakes being out of adjustment,” Keith McComsey, Bendix's director of brake actuators and adjusters, said. “That's something that the inspector can see or witness on the vehicle. With air disc brakes, because the adjustment mechanism is internal to the caliper, that's not something that could be visually looked at by an inspector. Therefore, they typically are able to eliminate the brakes being out of adjustment.”

While the overall impact of disc brakes on driver recruiting and retention is not crystal clear, James Burg, president of James Burg Trucking Company in Warren, Mich., can see some dividends helping with driver satisfaction.

“I can’t measure driver turn-over based on disc brakes,” Burg said, “but, (2020) was our only road-side violation for disc brakes since 2008. Anytime we can reduce delays/downtime it must improve driver perception of their job at the company…until they take it for granted. I certainly see a benefit from a cost perspective, which allows me to pay my drivers more and reduces turn-over.”

UPS Public Relations Manager Dan McMackin said while driver satisfaction regarding disc brakes is unclear, "anything that improves the driving experience should also improve driver satisfaction, although in the scheme of things, I don’t see brake equipment being an impediment to retention.”

Jeff Jackson, executive vice president of operations at Penske Logistics said disc brakes and other safety features on their trucks are part of an overall approach that has helped driver recruiting and retention.

“Disc brakes are just one part of our company’s safety-focused environment,” Jackson said.

Shorter braking distances with disc brakes are a big win for drivers and fleets alike especially at a time of nuclear verdicts when carriers can be forced to pay tens of millions of dollars following an accident. It’s then that every extra foot of stopping power can make all the difference.

McComsey said during Bendix’ 60mph to zero brake tests, it takes a fully loaded tractor-trailer about 225 feet to come to a full stop with drum brakes. Disc brakes show a 12% improvement by reducing stopping distance to roughly 200 feet.

“So, it’s about 25 feet shorter,” McComsey said, “which is a fairly significant amount, especially when a driver really needs it.”

Stopping distances with disc brakes get even better when drums become susceptible to a phenomenon called brake fade, McComsey explained, where the drum heats up, “expands away from the friction material” and reduces stopping power. That shorter 25-foot advantage that disc brakes provide can expand roughly three-fold when drums fall victim to brake fade.

“Some of our testing shows up to almost 75 feet (difference) when you include brake fade,” McComsey said.

In addition to the benefits noted above, Burg said he discovered two other reasons for using disc brakes which can help increase driver satisfaction: one addresses a frustrating and costly challenge that can occur in freezing climates and the other deals with the critical topic of wheel retention.

“In the winter, water can puddle at the bottom of drum brakes, which freezes the pad to the drum when parking brakes are set,” Burg said. “If the brake shoes are left frozen to the drum while moving the equipment, tires can flat spot or even blow out. This does not happen with disc brakes since the pads are higher up on the rotor. Water migrates lower than the pads and does not freeze the components.

“The second and more important safety benefit is a wheel cannot depart the axle in a wheel bearing failure situation since the caliper rests over the rotor and will not allow a wheel departure,” Burg continued. “The latter is certainly worth the initial investment.”

For carriers concerned about scaling back shop hours, air disc brakes offer a strong advantage in reducing service time over drums. Wear points such as pads and rotors can be more quickly checked and serviced with disc brakes versus shoes and drums.

Wabco takes a closer look at the differences in their blog “On the Road: The Real-World Advantages of Air Disc Brakes vs. Drum Brakes”:

During a regularly scheduled lubrication, a service technician can take a look at each brake for pad wear and rotor condition and do an adjustment test. Additionally, the caliper can be inspected for loose or missing caps, plugs, and mounting bolts. Savings: More up-time.

When it is time for brake service, installing new pads on a drum brake system is usually a 10-step procedure that takes an average of 90 minutes. Compare that to installing new pads on an ADB system – a nine-step procedure, that’s usually substantially faster – as few as 30 minutes. Multiply the time saved by the number of wheels serviced, and the overall savings can be significant.

Savings through reduced service requirements can add up fast.

In a summary example, Bendix shows a fleet getting a 32% lifecycle cost decrease with discs over drums. Though disc brakes can incur higher upfront costs, the benefits of reduced maintenance costs have disc brakes coming out ahead.

Kay pointed out that ROI with disc brakes is coming faster as product costs continue to come down along with weight.

Depending on the application, some carriers may still want to opt for drum brakes like in cases where braking is less frequent.

“We really want as much adoption as possible to air disc brake because of the performance and everything we talked about, but there's still going to be some applications out there that are going to prefer drum and that's perfectly fine with us because we offer a full line of drum brakes,” Holley said.

“An example might be intermodal chassis right where that upfront cost to those fleets is very important,” Holley continued. “They want it very low cost. And these chassis tend to be flung out there across the country, and they have a hard time keeping track of them so they don't want to put a ton of investment into those chassis.”

Meritor also offers a variety of brake systems to fit a wide range of fleet needs.

“We recommend that fleets evaluate their duty cycles and lifecycle costs in determining the right brake package for their fleets,” Kay said. “Fleets should also make sure they are choosing the right brake for their operation from both maintenance and performance perspectives. As you know, air disc brakes are best suited for trucks and trailers and vocations making frequent stops."

“Since air disc brakes also have less brake-to-brake variation during emergency stops, when trucks are moving at fast speeds, the ability to stop quickly, maintain control and provide the operator confidence is key,” Kay continued. “The primary benefit of air disc brakes is increased safety, so when you must rely on your brakes in tough situations, air disc brakes should always be considered.”

Though the question occasionally comes up, particularly among owner-operators, brake manufacturers do not recommend swapping out drum brakes for discs. The increased cost and complexity, McComsey said, wouldn’t be worth it. However, for fleets that hold onto to their trailers for years on end, the challenging swap may be worth it.

“The only time I could see that really being feasible is if they're refurbing the entire trailer,” McComsey said. “Some of these trailers, like aluminum flatbeds and tankers, the fleets keep them for 15, 20 years. And so they'll go through a refurb where they replace the entire suspension bogey and they'll buy that new from somebody. That would be the time to say, ‘I could make that switch and account for that and make my vehicles safer.’” 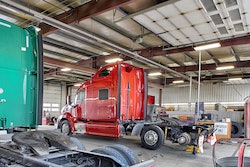 FTC looks to crack down on 'right to repair' violators 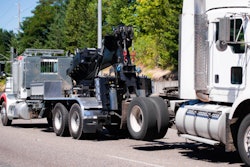