Preventable or not: Driver cut off at the pass, sort of

During lunch at Union 76, some of the guys at the far table were arguing about who had the best country-western guitar. Trucker John Doe definitely felt he’d won, having spoken with great authority about the thunderous, wondrous sound made by his jumbo 1969 vintage Gibson Dove – fitted with heavy-gauge special-alloy bronze strings, of course.

Still burping from a tasty couscous, lentil and arugula salad topped with garlic-dijon vinaigrette dressing, Doe left the truckstop with a steel-laden flatbed in tow, heading west on Route 1. He stopped at a red light, preparing to turn right onto Pooca Parkway with his right-turn signals flashing. When the traffic light turned green, he carefully scanned his mirrors before starting to turn, but hidden from his view was Mark “Crazy Marky” Fraznik, whose high-octane sports car was directly behind Doe’s trailer.

Fraznik also wanted to turn right, but darn it, he sure didn’t want to get stuck behind the nasty ol’ 18-wheeler that blocked his path. So, fortified by several cans of Red Bull, Fraznik drove off the road, onto the grassy corner of the intersection, then attempted to head off Doe’s rig before he could complete his turn. But Fraznik didn’t make it and slammed into the side of Doe’s trailer.

No way could he have seen Fraznik coming, Doe argued when he received a preventable-accident safety letter from his safety director. Asked to settle the issue, the National Safety Council’s Accident Review Committee sided with Doe, noting that there was nothing he could have done to avoid being blindsided.

See more Preventable or Not scenarios at this link. 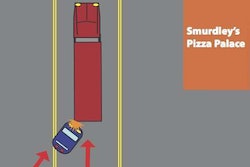 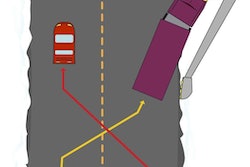 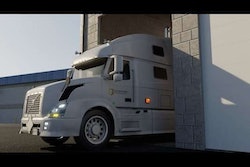 Driver damages dock door upon exiting receiver — Preventable or Not? 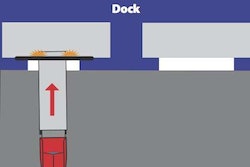