At a roadside safety inspection that morning (which earned him a CVSA decal), tractor-trailer driver John Doe had a brief chat with the safety specialist about the Federal Motor Carrier Safety Administration’s emphasis on violations under Compliance, Safety, Accountability. Trucking companies now must be on guard for even the smallest infractions, Doe was advised. Good thing he’d rolled into fleet headquarters yesterday for a preventive maintenance check, 10-4?

If Doe stood on the brakes, the little car that presumably still was tailgating his rig surely would run smack into his underride guard, 10-4? And what about that phone call from his fleet manager about that hard-brake alert? So Doe reluctantly floored the accelerator and … CRACK! Oh no! A signal arm descended upon, and severely mangled, Doe’s shotgun-side West Coast mirror! Argh!

Since Doe contested the preventable-accident warning letter from his safety director, the National Safety Council’s Accident Review Committee was asked to render a final decision. To Doe’s dismay, NSC ruled against him, noting that it’s better to risk being rear-ended by a Honda Civic than to be sideswiped by a freight train. Doe should have panic-stopped, NSC decided. 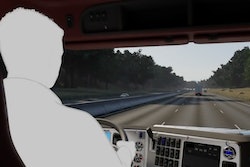 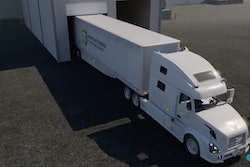