This is the second short-term reauthorization bill passed by Congress this term. The bill was first passed at the end of September to keep funding going through Oct. 31, after it was originally set to expire Sept. 30.

Congress has been working to pass Biden’s bipartisan infrastructure framework for months, but it has been held up by Democrats who want to pass it along with a budget reconciliation bill. The budget reconciliation bill, however, has been met with opposition from certain Democrats over the price tag, delaying potential votes on the bill. Last week, Biden announced a new Build Back Better Framework that nearly cut the cost of the administration’s first budget proposal in half. Democrats are working this week to move toward a vote on both bills.

Daimler Trucks North America and Volvo Group North America were each selected to participate in the Department of Energy’s SuperTruck 3 program.

In total, the DOE will be funding 25 projects with $199 million following the goal of putting cleaner cars and trucks on America’s roads, including long-haul trucks powered by batteries and fuel cells, and improving the nation’s electric vehicle (EV) charging infrastructure.

DTNA is receiving nearly $26 million for SuperTruck 3. The company says it is aiming to “develop and demonstrate an innovative Class 8 hydrogen fuel cell electric truck, which achieves a range target of 600-miles and fuel efficiency for regional and long haul applications while emitting zero tailpipe emissions.”

Volvo will receive more than $18 million and plans to invest matching dollars into the program. The company’s SuperTruck 3 proposal was developed to meet several DOE objectives and targets significant breakthroughs in zero-emission vehicle freight solutions to serve logistics operations for the company’s manufacturing plants along a 400-mile route spanning several  mid-Atlantic states in the U.S.

The SuperTruck 3 Program is expected to launch later this year with program objectives to be achieved within a four-year period.

Each year, the Road Warrior is selected based upon story submission, including contributions to the trucking industry, safe driving history, miles driven and community involvement. This year, Pilot Flying J received thousands of nominations with stories about hardworking haulers from across the country.

Curlett has been with Maverick since 2015 and drives in its glass division. He was chosen as a Driver of the Month in 2018 and also drives a highly-coveted veteran truck aptly named, “Salute.”

“Eric is great driver and an awesome mentor to other drivers,” said Maverick President John Culp. “He is very deserving of this award and we are so proud that he is part of the Maverick team.”

"After 20 years of faithful service in the Marine Corps, I knew the trucking industry had plenty of opportunities in any direction and found that open-deck trailers were the best fit for me," said Curlett. "To those that are looking to get into the industry, I recommend they research everything and don't hesitate to call companies and other drivers to get the information needed to make the decision that is right for you."

In addition to the $10,000 grand prize, Pilot Flying J awarded $5,000 to second-place winner, Eduardo Andrade, a father, grandfather, Army veteran and Master Driver for Baylor Trucking who has logged more than 2.5 million safe miles. The third-place winner, David Rosenquist, received a $2,500 prize in recognition of his 40 years as a professional driver with 5 million accident-free miles.

Dealers will add reinforcements between the hanger and the slide pan, and inspect and repair any cracks as necessary. Owners can contact Trail King's customer service at 1-800-843-3324 with recall number TK202105. NHTSA’s recall number is 21V-813. 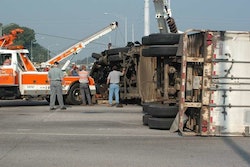 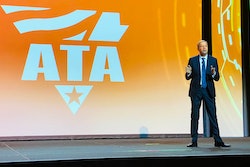