The development of new engine oils is a lengthy and daunting task.

Global researchers spend years working with scientists and engineers developing fuels that will meet all government and industry standards as it relates to fuel economy and emissions regulations.

That’s why December’s roll out of CK-4 and FA-4, which was known as PC-11, drew so much ire and worry throughout the industry.

But, three months later, the move to the new oils couldn’t have gone much smoother, officials from oil companies Shell and Chevron said Tuesday during the Technology & Maintenance Council Annual Meeting in Nashville, Tenn.

Dan Arcy, Shell’s global OEM technical manager, said it took more than five-and-a-half years to develop the PC-11 category and prepare for its release. The company has about 50 million miles of testing completed on the oils.

“It’s going really well,” Arcy said. “We are continuing test and prepare for the future but we feel this has gone really well.”

Megan Pino, Shell Rotella’s global brand manager, said most of the worries and concern came early in the process, but by the time the oils were ready to be released, most consumers had few hesitations.

“We didn’t really hear much noise,” she said. “All that angst was quite a while before and by the time we started to hear what the OEs were going to do, I think most of the concern was whether they would need to carry two oils. Then as they found out they really didn’t.”

CK-4 engine oils are a direct replacement for the engine oils that were used prior to December 2016. The new FA-4 engine oils are being offered in lower viscosity grades and are designed primarily for next-generation engines to help maximize fuel economy.

“We put a lot of education into this and I believe that really helped,” he said.

Chevron’s senior staff engineer Shawn Whitacre also said the process went about as smoothly as it could.

“If anything, they probably look better” than the company originally anticipated, Whitacre said.

Whitacre said the products have performed well and continue to receive well received responses from OEMs.

Len Badal, Chevron’s commercial sector manager for brand, technology and OEM said the new engine oil’s release was well done from the product development team to research to marketing and all the company’s team members, and enables them to offer a complete product line. 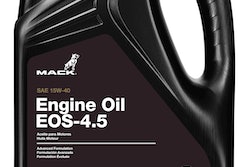 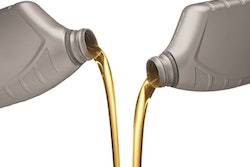 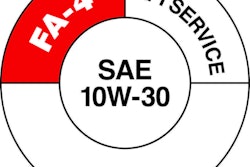 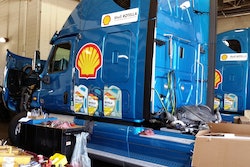