The larger of the recall affects model year 2017-2019 Western Star 4700, 4900, 5700, and 6900 trucks. The affected trucks have a power stud that passes through the bulkhead. In certain circumstances, the power stud may contact the bulkhead and result in an electrical arc, increasing the risk of a fire.

The other recall affects model year 2021-2022 Western Star 49X trucks, in which the steering shaft may not have been properly installed, causing it to separate from the steering gear.

Dealers will inspect the steering shaft and repair it as necessary, free of charge. Owners are advised to not drive their vehicles until the inspection has been performed. Owners can contact DTNA customer service at 1-800-547-0712 with recall number 905. NHTSA’s recall number is 21V-864.

Workers at DHL-Semper Fi Logistics on Friday voted for representation by Local 344 by a 16-8 vote conducted by the National Labor Relations Board. These delivery drivers and dock workers contacted Local 344 seeking improvements in their working conditions, wages and benefits.

"This hard-fought effort is a long time coming," said Constance Thornton, delivery driver for DHL-Semper Fi Logistics.  "This election means bringing dignity and respect to the employees here. Union representation is the best way to make it happen."

The workers at DHL reached out to the Teamsters after years of stagnant wages, inconsistent working conditions and anemic benefits.  They built a strong presence in the shop and worked well with the Local 344 Volunteer Organizing Committee (VOC) to overcome the employer's union busting efforts.

"I want to congratulate the DHL employees for their hard work and the persistent efforts of the DHL Organizing Committee along with the rank and file Local 344 VOC," said John Walters, Local 344 organizer. "Their efforts will be rewarded with a seat at the bargaining table which gives them their best shot at fighting for the improvements they are seeking. We look forward to negotiating their first contract."

This initiative is an awareness and outreach effort to educate commercial motor vehicle drivers, motor carriers, law enforcement officers and the general public about the crime of human trafficking, the signs to look for and what to do if you suspect someone is being trafficked.

“Human traffickers often use roadways as the mode of transportation for transporting their victims,” said CVSA President Capt. John Broers with the South Dakota Highway Patrol. “Since our roadways are the ‘workplace’ for truck drivers, motorcoach drivers and commercial motor vehicle inspectors, they are in a prime position to make a difference in helping to identify potential victims of human trafficking.” 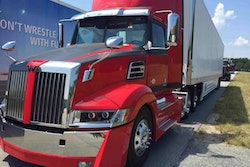 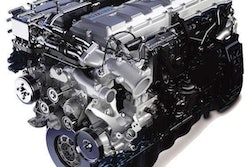 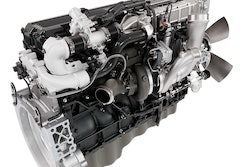