Each week – in partnership with sponsor, Chevron Lubricants – hosts Jason Cannon and Matt Cole bring readers, listeners and viewers news and updates from around the tucking industry in a conversational, informal, yet informative format.

Below, Jason and Matt look back on some of their favorite and most popular episodes this year.

How is the commercial vehicle insurance market going to handle under-21 pilot program truck drivers?

A pilot apprenticeship program allows under-21 CDL holders to drive across state lines as long as they undergo two separate probationary periods totaling 480 hours of on-duty time, while also requiring a number of safeguards to be put in place by fleets. We spoke with Shuie Yankelewitz with the Central Analysis Bureau, well-known for its CAB Reports on motor carriers, who provided insight on how some of CAB’s insurance provider customers view FMCSA’s upcoming pilot program.

Engine oil testing can extend drain intervals and save money

An engine oil change in the grand scheme of things isn’t really that big of a deal. It’s really just puling that truck in, a 20 to 30 minute fluid and filter swap, and you’re back on your way. At least that’s how it’s supposed to work. Even though it might be less than an hour, time in the shop is money – but the business case for extending an engine oil drain is mostly just buying less engine oil over a truck’s lifecycle – that is, assuming your PMs are on point.

What are truck drivers’ top complaints?

The Professional Driver Agency released its first ever Top Ten Driver Issues List of 2021, identifying the top driver frustrations from last year based on thousands of phone calls with drivers. It’s important to note that PDA’s list only looks at issues within the fleet’s control as it relates to driver satisfaction and turnover, which is why you don’t see things like parking, detention, and fuel prices here.

The benefits of electric terminal tractors

The major truck OEMs have made strides in recent years toward electrification with the production of electric Class 8 trucks. While electrifying a portion of Class 8 trucks will go a long way toward reaching environmental goals, there is still a large piece of the pie that can be tackled with electrification.

According to the American Trucking Associations, the trucking industry is currently facing a driver shortage of around 80,000. The industry is taking many different strategies to address that deficit, and two former inmates are taking a different approach to first help people and in turn help trucking. Aaron Smith and Ed Hennings both spent time in prison, but when they got out, they were determined to turn their own lives around, as well as help others. To do that, they started a box truck class to help other formerly incarcerated people, or anyone else, looking for a new opportunity.

Are battery-electric trucks really better for the environment?

There has been a big push in the trucking industry in recent years toward zero-emission trucks, particularly battery-electric trucks, to help reduce the industry’s carbon footprint. When considering on-road performance, alternative powertrain vehicles like battery-electric and hydrogen fuel-cell electric far outshine the traditional diesel internal combustion engine. When you take the full life cycle of the trucks into consideration, though, the environmental benefits of these alternative powertrain trucks may not be as beneficial to the environment as previously believed.

Drug use among transportation professionals is on the rise

As of May – the most recent data available – almost 130,000 truck drivers have found themselves in the Drug and Alcohol Clearinghouse. Almost 97,000 of those are still in prohibited status – and 72,000 of those haven’t even started the return to duty process. Truck driving isn’t the only role in transportation to undergo workplace drug screenings, and if those other roles had something like the Clearinghouse, a lot of transportation professionals would find themselves entangled in it.

The U.S. Census Bureau estimates that about 10% of all professional truck drivers in the U.S. today are veterans, and that is likely on the rise. Military veterans were identified by the Biden administration late last year as a vast pool of would-be employees that could help unkink the supply chain. Trucking has traditionally provided a soft landing spot for military retirees, and they are fairly sought after because veteran drivers generally have fewer safety violations than civilian drivers and bring a lot soft skills that are mostly unique to military veterans.

Since 2005, the American Transportation Research Institute has been conducting periodic research to analyze a truck driver’s future crash likelihood based on prior violations, convictions and crash involvement. ATRI released the 2022 version of its Predicting Truck Crash Involvement research in October – the fourth iteration of the study. It pulls driver data from the Federal Motor Carrier Safety Administration’s Motor Carrier Management Information System (MCMIS) and the Commercial Driver’s License Information System (CDLIS) to determine crash likelihood.

Millennials and Gen Zs, generally considered to be the generations born between 1981 and 2012, are many of the current and future workforce in America, including truck drivers and diesel technicians. With trucking’s aging workforce in particular, it’s important for fleets to understand what motivates these two generations when it comes to a career path. 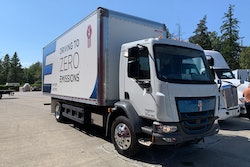 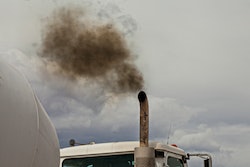 The ins, outs and woes of diesel engine aftertreatment 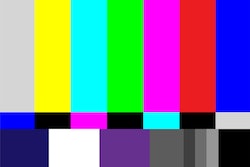