Teamsters' pensions get $36B bailout from Biden

President Joe Biden on Thursday, Dec. 8, announced a $36 billion pension bailout for the Central States Pension Fund, preventing cuts to the pensions of more than 350,000 workers in the Teamsters union, among others.

The funding was made possible by the American Rescue Plan, which was signed into law by Biden in March 2021. Biden was joined at the announcement by Teamster President Sean O’Brien, AFL-CIO President Liz Shuler, Secretary of Labor Marty Walsh, and Teamster workers and retirees with multiemployer pensions.

The Central States Pension Fund serves workers in trucking, car haul, warehouse, construction, food processing, dairy and grocery trucking, according to the fund. The White House said that without the bailout, affected workers and retirees would have faced estimated benefit reductions of roughly 60% in the next few years. The Central States Pension Fund estimated that it will now be able to pay full benefits to workers and retirees through 2051.

“This is an issue of fairness – of this country keeping its word to hardworking, honest people who did everything they were supposed to do in life,” said Teamsters General President Sean O’Brien. “Our members chose to forgo raises and other benefits for a prosperous retirement, and they deserve to enjoy the security and stability that all of them worked so hard to earn.”

Approved by the Pension Benefit Guaranty Corporation, this is the largest ever award of federal financial support for worker and retiree pension security and the largest award from the American Rescue Plan’s Special Financial Assistance Program.

The Hybrid and Zero-Emission Truck and Bus Voucher Incentive Project (HVIP) is the California program that accelerates deployment of zero-emission technologies by providing point-of-sale vouchers to make EVs more affordable.

Motiv said it is propelling the state’s supply of medium-duty electric trucks and buses by helping customers source funding programs, complete applications, and receive incentives. Motiv-supported HVIP vouchers awarded in 2022 have a cumulative value of $12.9M and will bring EVs to California roads for a diverse group of companies across the state.

To date, Motiv has secured more than 250 vouchers from HVIP and has more than 150 EVs on the road. Motiv works with customers across a broad spectrum of business, including Cintas, FedEx, Aramark, Alsco, Bimbo, and more. Vehicles produced from the HVIP vouchers include parcel delivery step vans, retail goods vehicles, commercial trucks, shuttles, and school buses.

The 2031 deadline for California-based companies to replace half of their medium-duty commercial truck fossil-fueled engines makes EV fleet deployments mission-critical and highly sought after. 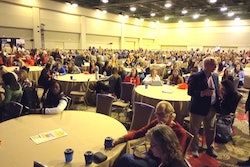 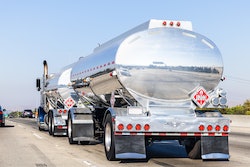 5 ways to prevent injuries while working on a tanker truck 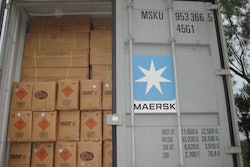 How company culture can prevent cargo theft 'inside jobs'