Yunsu Park, contributor
Jun 22, 2021
Natural gas has not found the success as a transportation fuel that its proponents have hoped, and optimism around the fuel is waning.

It seems my colleagues at NACFE and I have several conversations and email threads going about electric trucks all of the time.

Part of it is because we are in the run-up to Run on Less -Electric, but it also has to be because there is so much momentum behind electric vehicles (EVs) at the moment. In certain corners of our industry, there are ongoing discussions about which trucks could be electric today, how many more could be electric tomorrow, and who will be involved to make it happen.

There is no doubt that electric trucks are not yet ready to replace all diesel- or gasoline-powered ones. But the benefits, including no tailpipe emissions, lower operating costs, independence from oil and more, are enticing enough that there is a large amount of investment leading to confidence that problems with range, charging infrastructure, purchase price and other issues will be solved.

I was recently in some conversations about natural gas trucks, and what I find interesting is the benefits and challenges are nearly exactly the same as they are for EVs. Proponents of natural gas tout lower emissions, lower operating costs and its abundance in North America, while recognizing the challenges of range, fueling infrastructure and purchase price.

Natural gas has been around in our industry for a several decades. I’m not exactly sure how long it’s been used in transportation but my earliest memories are of a CNG powered bus that took me to grade school. I could tell this bus was quieter. It had that unmistakable smell of natural gas instead of diesel fumes, but did not quite have as much power as it struggled over the hills of suburban Pittsburgh. So, without getting into specifics on how long it’s been since I was in grade school, suffice it to say that natural gas has had a multiple decades head start on EVs.

I think it’s fair to say that natural gas has not found the success as a transportation fuel that its proponents have hoped, and optimism around the fuel is waning. Not that long ago, investment and enthusiasm were pouring into natural gas as fracking made it cheap and abundant. There was even the hope that it would fuel our passenger cars.

On the surface, it seemed to make sense. It was cheaper than gasoline and many of us have natural gas in our homes, opening up the possibility of re-fueling at home (again, the parallels to EVs are uncanny.) But clearly, natural gas-powered cars have not taken over our garages.

The story is the same with trucks. There are fleets that are enthusiastic about their natural gas trucks, and some are taking delivery of their first natural gas trucks today. But the fact is, the technology has stagnated and the investment money has moved elsewhere. The cost premium for a natural gas truck today is about as much as it was a decade ago, the range hasn’t really improved, the fueling infrastructure remains spotty and it still needs massive incentives to make financial sense to most fleets.

I will confess my ambivalence towards natural gas as a transportation fuel. In grade school, I did not think one was better than the other, just that they were different. But I also never wanted a car powered by it, and in my years in this industry I have rarely had any discussions on it, much less multiple ones in the same week.

What I’m wondering is, how did we get here? Why did EVs go from geeky science experiment to cutting edge cool to the future of transportation while another technology with the same challenges languished?  Yes, battery costs have come down dramatically, but it took hundreds of millions of dollars in investment to get there. I suspect that amount of money could have solved some of the problems with natural gas as well. And most investment money is a trend follower, not a trendsetter.

I think the reason is Tesla. The Model S took electric cars from “No, that’s not my Prius” to “I want that Tesla!” I almost hate to say it, because Elon Musk gets enough accolades already while so many others have quietly done so much to help our industry along, but that was the turning point for me and, I suspect, our industry.

Would natural gas have taken off if it had its own Elon Musk? Who knows? Would EVs still be in our transportation future? Probably. But I don’t think we’d be having nearly as many meetings and projects about electric trucks today as we are without him. Thanks Elon.

Yunsu Park is the Director of Engineering for NACFE and an independent consultant in the trucking industry. He has authored several Confidence Reports for NACFE in addition to the summary report for 2017 Run on Less. Park’s area of interest is in data collection and analysis, and technology implementation, particularly as it relates to human behavior. Prior to NACFE, Park was CTO for a technology start-up working with fleets on driver behavior and incentives and held various roles in finance and engineering at Navistar. 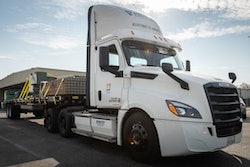 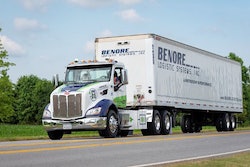