The U.S. Department of Transportation on Monday, Feb. 22, unveiled sample legislation to be used as a starting point for states crafting new laws to prohibit texting while behind-the-wheel, the latest step in the campaign against distracted driving.

The sample state law, prepared by the National Highway Traffic Safety Administration and a cross-section of safety and industry organizations, would authorize law enforcement officers to stop a vehicle and issue a citation to drivers who are texting while driving.

“Texting while driving, like talking on cell phones while driving, is an extremely dangerous and life-threatening practice,” says U.S. Transportation Secretary Ray LaHood. “This language, which we created with a variety of safety organizations, is another powerful tool in our arsenal to help the states combat this serious threat.”

According to NHTSA research, nearly 6,000 people died in 2008 in crashes involving a distracted or inattentive driver, and more than half a million were injured. Research also shows that the most frequent offenders are the youngest and least-experienced drivers, men and women less than 20 years of age.

“Our top priority is safety, and we are determined to help the states eradicate the dangerous practice of texting while driving,” says David Strickland, administrator for the National Highway Traffic Safety Administration.

In addition, on Jan. 26, LaHood announced federal guidance to prohibit texting by drivers of commercial vehicles such as large trucks and buses. Truck and bus drivers who text while driving commercial vehicles may be subject to civil or criminal penalties of up to $2,750.

LaHood announced the department’s plan to pursue this regulatory action at the Distracted Driving Summit he convened in September 2009. The department recently launched a federal website, www.distraction.gov, as a forum and clearinghouse of comprehensive information on distracted driving.

Currently, 19 States and the District of Columbia have texting laws covering all drivers. In 2009, more than 200 distracted driving bills were considered by State legislatures, and legislative activity is expected to remain strong in 2010. 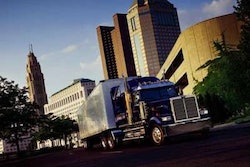 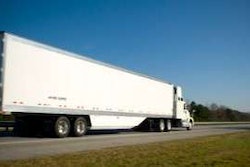 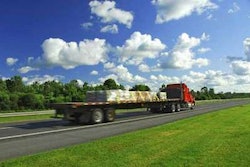