While anti-idling remains a favored way to curb diesel usage, remember that the air conditioner compressor, engine fan and even the heat and A/C blower motor also consume fuel. A first step in cutting cab comfort-related fuel – and related maintenance costs – is to tackle heat loss and gain.

A premium insulation package is available for use in extreme climates. “This package offers the thickest insulation available today, plus an internal wrap to further eliminate heat short-circuits through the cab,” Smith says. All Freightliners also have high-absorbing solar-tinted glass that reduces solar loading of the cabs, he says.

Michael Dawson, components functional expert for International’s Body Systems Engineering Group, says thermal losses and their effect on HVAC system sizing and performance in hot and cold weather were identified early in the development process of the company’s cabs. “Our cabs have been designed with integral insulation packages and have been sealed to a high level to prevent air leaks and other energy-loss paths,” Dawson says.

The A/C system is just an engine in reverse, and like any engine, a good design can improve its efficiency. Design practices that drive power consumption up also can drive system efficiencies down and create systems that require larger components like cores, compressors and blowers. “It is possible to overcome performance shortcomings in a design by throwing larger cores and higher-power blower motors at HVAC systems,” Dawson says. “However, it is much better to design systems for maximum efficiency at the outset. This produces systems that are smaller, more energy-efficient and less costly.”

Navistar engages in best practice design, Dawson says. “This maximizes benefit to the customer, including energy efficiency. It will also often improve the thermal benefit to the driver – that is, how comfortable he will actually feel.”

DTNA has lowered system pressure and reduced compressor speed for better performance and improved fuel economy, Smith says. System pressure depends primarily on the condenser’s operating efficiency, which can be improved with an increase in size and total heat transfer area. Smith says the condenser’s size has been optimized to reduce the compressor’s on-cycle time, and that DTNA also uses new HVAC software strategies to reduce the engine fan’s run time. For example, there may be times when ram air is sufficient to keep A/C condenser pressure at the proper level; the engine fan, which normally would operate with the compressor, can be left disengaged.

When it comes to reducing the power drawn by the blower motors, ducting design becomes rocket science. Smith says DTNA designed its ducting using CFD (computational fluid dynamics) software and conducted extensive testing to minimize losses through the ducting. “This has a huge impact on the efficiency of the system,” he says. “Such a design means you can move more air with less electrical energy from the evaporator and heater core to the driver and passengers.”

Ducting design is critical for maximizing an A/C system’s efficiency.

Improving airflow through the ducting is a major opportunity to reduce energy loss in HVAC systems. An efficient system requires ducts to be designed for efficient airflow with minimum pressure drop and flow loss through the duct walls and joints. “Once the ducts are packaged into the vehicle, it becomes very hard to redesign them,” Dawson says.

Navistar uses CFD, bench testing and other industry best practices to design ducts when the HVAC system is designed. Maintaining good design with a minimum of loss through the ducting allows Navistar to produce HVAC systems that have maximum performance for minimum packaging space, keeping system costs down, Dawson says.

Any technology that allows drivers to shut down during rest stops or deliveries pays dividends. Diesel engines are efficient only when running under a significant load. A genset or auxiliary power unit will save considerable fuel because it matches the hotel load with the size of the engine. Also, oil changes can be extended because idling not only adds to total fuel consumed, it also leads to poor combustion and ring seal, leaving more dirt in the crankcase from each gallon of diesel.

Not surprisingly, a similar principle applies when the energy to run air conditioning is stored in batteries. While some producers of energy storage systems brag that their setups don’t use any fuel, that’s not true; what is true is that they pay big dividends by generating the energy required to run their systems while the truck is on the highway and its engine is operating efficiently, rather than when idling and operating inefficiently.

Volvo Trucks North America offers the Dometic split air conditioning system with 14,000 BTUs capacity. The system runs off 120V 60-cycle AC, which is a more efficient power source for the electric motor inside its hermetically sealed compressor than 12V DC. Power comes to the system via either a shorepower connection or an inverter combined with several AGM batteries. An electric resistance heater supplies cab heat using the same batteries. Recharging is accomplished via an oversized replacement alternator.

Lou Siegel, Dometic’s vice president of strategic development, says the Class 8 system has the condenser outside and the compressor, evaporator and blower inside; smaller systems are powered by either two or three AGM (Absorbed Glass Mat) batteries that can take a deep discharge and rapid recharge, yet retain a high cranking ability.

A small sleeper can get by with a 7,000-BTU unit, but a 70-inch model needs at least 10,000 BTUs. For the 14,000-BTU Volvo version, four flooded batteries typically are replaced with eight AGM batteries, a setup that requires a 320-amp alternator. Since 85 amps are needed for recharging, the 145-amp alternator used in many trucks is replaced with a 240-amp design from Delco or Leece-Neville.

Siegel says Dometic has been building a day cab unit, which fleets also find saves fuel because a typical stop will last 20 to 25 minutes. Using such a system can improve a fleet’s profitability significantly – especially in California, where the Air Resources Board won’t let drivers idle and fuel is more expensive.

International offers its own MaxxPower battery-powered A/C system with a 6,000-BTU cooling capacity and insulation package. The company says the system’s batteries will recharge in only two to three hours.

DTNA offers the ParkSmart system on Cascadia sleepers and for cooling uses a self-contained battery-powered system capable of running 10 hours under TMC conditions of required capacity, Smith says. This system replaces and acts as the standard unit while the truck is going down the road, he says. 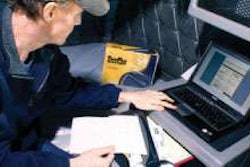 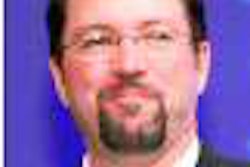