The Commercial Vehicle Safety Alliance announced Tuesday, July 13, that results from its recent Roadcheck 2010 reveal that the commercial motor vehicle industry is hovering close to the record low out-of-service rates set during 2009. Additionally, while overall inspection totals are down from the previous year’s records, more inspectors participated at more locations in this year’s event, indicating a shift to an increasing focus on mobile roadside inspections.

“The number of CMV inspections is an indicator that, even in these continued tough economic times, state, provincial, local and federal agencies are committed to enforcing truck and bus safety standards,” says Stephen Keppler, CVSA’s interim executive director. “Roadside enforcement remains committed to this critically important role in saving lives on North America’s highways and helping to provide all travelers a safe and secure place to travel.”

This year during Roadcheck, about 15 trucks or buses were inspected, on average, every minute. During the 72-hour inspection blitz, which took place from Canada to Mexico from June 8-10, drivers were pulled over and asked to show their commercial driver’s license, medical examiner’s certificate and record-of-duty status. Brakes, tires, lights and every major component of the truck or bus also were examined.

CVSA sponsors Roadcheck each year with the Federal Motor Carrier Safety Administration, Canadian Council of Motor Transport Administrators, Transport Canada and Mexico’s Secretariat of Communications and Transportation. “Roadcheck has once again successfully reinforced the critical importance of safety, compliance and crash prevention – lives depend on both safe and well-maintained trucks and safe and well-trained drivers,” says FMCSA Administrator Anne Ferro. 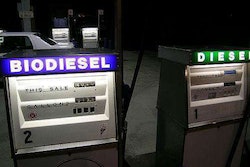 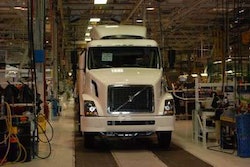 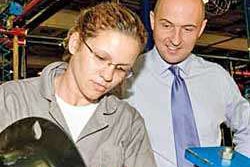