In December, the Federal Motor Carrier Safety Administration will convert to the new Safety Measurement System (SMS). As part of this process, the agency will be using a more robust set of data to determine the safety fitness of motor carriers and drivers.

One of the major changes from the current SafeStat system will be the monthly safety fitness evaluation for motor carriers based on seven Behavior Analysis Safety Improvement Categories (BASICs). Each BASIC contains a long list of violations that will lower a carrier’s safety score, whether or not the violation led to an out-of-service order. In anticipation of these changes, many fleets are implementing new technologies to detect violations and remedy them before they surface during roadside inspections.

Size and weight is one of many violations included in the cargo-related BASIC. On a scale of 1 to 10, this violation has a severity weight of 7. By comparison, drug and alcohol abuse and out-of-service brakes each have a weight of 5. Any overweight violations will have a big impact on the safety scores of motor carriers and drivers.

Onboard scales – both analog and digital – have been available for years and traditionally have been used by small fleets and independent contractors to maximize payload, avoid fines and eliminate the costs of commercial truck scales. But due to the increased scrutiny soon to be placed on carriers by FMCSA, more fleets are giving them a second look. With the latest technology developments, information such as vehicle and payload weights can become an integral part of fleet management.

In September, Smart Scale Technologies plans to release a Web-based management system for its TruckWeight onboard scales. The new Smart Weight Tracking system will capture vehicle weights at pickup and delivery locations, along with driver, commodity and other data established by the company. This information will be available immediately to fleet managers in the office.

By virtue of two-way communications, the new system also will include the ability to troubleshoot any component of the TruckWeight onboard scale system remotely. A communications module on the tractor called FleetLink converts the wireless signals from weight sensors to a Bluetooth standard for short-range connectivity with mobile devices such as BlackBerry.

Through the FleetLink module, Smart Weight Tracking also can incorporate information from other monitoring devices such as tire pressure sensors so that fleet managers can view the data through one online source.

“The purpose of this is to simplify the weighing process and management of multiple systems aboard trucks,” says Peter Panagapko, TruckWeight president.

Air-Weigh’s LoadMaxx onboard scale transmits tractor and trailer weight information through a standard interface to the vehicle’s J1708 and J1939 communications channels, where it can be picked up by onboard computers and sent to the office.

Weights and fault codes from the scale can be reported alongside vehicle odometer and position. Air-Weigh plans to complete integrations with the major providers of popular onboard computing and mobile communication platforms.

Besides giving fleets flexibility in monitoring weights for compliance purposes, Air-Weigh digital scales can integrate with printers to resolve weight disputes that delay billing. Drivers can print a weigh ticket for shippers and receivers to sign that contains the date and time of the weighing, along with axle weights, gross vehicle weight and net payload weight.

Analog load scales lack the flexibility of their digital counterparts. But what they miss in expanded features, they make up in terms of affordability and reliability. Analog scales consist of a gauge connected to the air lines in a suspension system. The gauge is calibrated to show the weight of each axle group in pounds.

Right Weigh Load Scales offers two types of analog gauges: the exterior mount 310-54 model, which comes in both dry and liquid-filled versions; and the interior mount 510-46 model. For less than $300, fleets can install an interior dash gauge for drive axles and one exterior gauge for trailer tandems.

With the long list of violations that drivers and fleets must try harder to avoid, onboard scales will become even more effective tools for maximizing payload effectively – and legally.

STS is available as a Web-only product and can be viewed at www.bts.gov. n 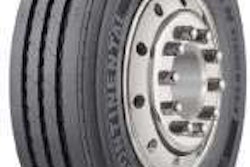 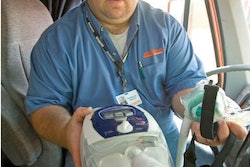 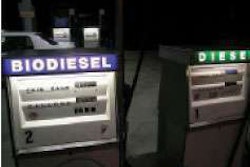