FTR reported Thursday, Sept. 9, that its Trucking Conditions Index, at 0.8 for July and reported in the September Trucking Update, is expected to remain in positive territory for the remainder of the year. The Trucking Conditions Index, above neutral for the fifth consecutive month, is a compilation of factors affecting trucking companies, and FTR says the readings over the last several months indicate a stabilized environment for the industry in general.

According to FTR, the current index is showing a solid improvement from 2009 and is expected to continue on an upward trend through 2011. In spite of weakening economic fundamentals, trucking continues to prosper as freight, capacity and rates edge higher. Some of the factors directly supporting the current positive index include a helpful economic mix with growth in the goods producing sectors, limited driver capacity and tightening capacity utilization with subsequent higher rates.

“Trucking companies that have remained in business through the downturn are now operating in an environment that is positive for them, albeit amid a slowing economy overall,” says Eric Starks, FTR president. “All our projections indicate that they are likely to continue to do well through at least the next year and a half.” 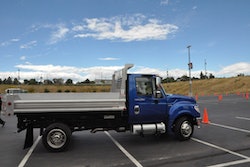 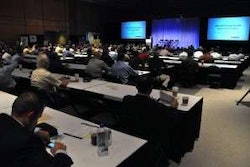 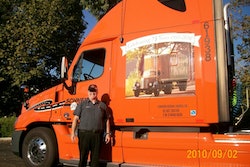