U.S. District Judge Christina Snyder in late August ruled in favor of the City of Los Angeles and the Port of Los Angeles in a lawsuit brought by the American Trucking Associations over the port’s Clean Truck Program. The court awarded judgment in favor of the city and ruled that the Concession Agreement provisions banning owner-operators are enforceable. “We are disappointed with the decision, and believe it is clearly erroneous as a matter of law,” ATA said in a statement. ATA attorneys filed formal notice that they are appealing Snyder’s ruling.

Snyder rejected ATA’s arguments that the plan was not in compliance with federal laws regarding interstate commerce and transportation safety. Snyder ruled that the agreement’s employee provision would protect the port’s financial investment in subsidized vehicles and ensure that drivers have the available funds to maintain the new, cleaner truck fleet. The 57-page ruling said air pollution from trucks had jeopardized the port’s future as a commercial enterprise, with emissions-related lawsuits stalling its growth.

“Our ability to have direct enforcement of the truck bans and other important features of our concession agreements with the trucking companies that call at the port thousands of times a day will help provide a safer and secure trucking system for the long term,” said Geraldine Knatz, the port’s executive director.

* FedEx Corp. will combine its FedEx Freight and FedEx National LTL operations effective Jan. 30, 2011, to increase efficiencies and reduce operational costs. The company says the program will cost $150 to $200 million and reduce headcount by about 1,700 full-time employees. About 100 facilities will be closed.

* James Brown Contracting Inc., a dedicated short-haul truckload carrier based east of Atlanta, acquired Schrader Trucking Co. Inc. Terms were not announced. Schrader, a Jefferson City, Tenn.-based dry van truckload carrier with 95 trucks and 201 trailers, operates across the Southeast as well as in the Midwest, Mid-Atlantic, Texas and Canada.

* US 1 Industries Inc. received a stock purchase proposal from Trucking Investment Co., which was formed by Harold Antonson and Michael Kibler, who combined own about 52 percent of US 1’s stock. The proposal was contingent upon Valparaiso, Ind.-based US 1 entering into a definitive merger agreement with TIC and allowing it to acquire all shares currently not held by Antonson and Kibler.

* State highway conditions are the best they’ve been in 19 years, according to Reason Foundation’s 19th Annual Highway Report that says the recession is causing people to drive less, slowing pavement deterioration and reducing traffic congestion and fatalities. To view the report, go to https://reason.org/policy-study/19th-annual-highway-report/.

The American Truck Dealers led a coalition of trucking industry executives Sept. 1 to meet with senior members of the Obama administration and to discuss the state of the industry, the impact of higher costs resulting from new emissions mandates and options to boost medium- and heavy-duty truck sales.

“The Obama administration is currently considering additional ways to stimulate the economy, and this meeting created a dialogue on how the trucking industry, which employs 7.3 million Americans, can play an important role in the nation’s economic recovery and put people back to work,” says Treadway, president and chief executive officer of Kenworth Sales Company in Salt Lake City.

The trucking coalition urged the administration to consider ways to help stimulate the commercial truck industry, including a proposed temporary 10 percent investment tax credit or “green voucher” toward the purchase of any 2010 emissions-certified trucks and other incentives.

President Obama announced a comprehensive infrastructure plan to expand and renew the nation’s roads, railways and runways. The proposal to build upon the infrastructure investments already made through the Recovery Act was among a set of targeted initiatives Obama discussed at a Labor Day speech to accelerate the nation’s economic recovery.

The “Renewing and Expanding America’s Roads, Railways and Runways” plan is intended to combine a long-term vision for the future with new investments. The plan would front-load a significant portion of the new investments in the first year to jump-start the economy and boost employment, and would stress reform in the way America currently invests in transportation, focusing on enhancing competition, innovation, performance and real analysis, while moving away from earmarks and formulas.

Over the next six years, the plan would include rebuilding 150,000 miles of roads, constructing and maintaining 4,000 miles of rail coast-to-coast and rehabilitating or reconstructing 150 miles of runway while putting in place a next-generation system designed to reduce air travel time and delays. The long-term framework includes these proposed reforms:

• A permanent infrastructure bank that would leverage private, state and local capital to invest in projects that are most critical to economic progress and would produce the greatest return for American taxpayers;

• A sustained and effective commitment to a national high speed rail system over the next generation;

• Expanding investments in areas like safety, environmental sustainability, economic competitiveness and livability – helping to build communities where people have choices about how to travel, including options that reduce oil consumption, lower greenhouse gas emissions and expand access to job opportunities and affordable housing.

More than 350 fleet executives, truck OEMs, part and component suppliers, truck dealers, distributors, and maintenance and repair specialists gathered in Dallas Aug. 25-26 to attend the inaugural Commercial Vehicle Outlook Conference, produced by Randall-Reilly Business Media & Information and the Heavy Duty Manufacturers Association during two half-days immediately prior to the opening of the Great American Trucking Show. Attendees enjoyed expert presentations, panel discussions and numerous networking opportunities and took home real-world insights into the state of the recovery and what the industry must do to survive and thrive in the fourth quarter and beyond.

“This year’s conference lays the foundation for us to achieve our goal – to make Dallas the destination where professionals from all segments of the trucking industry gather each fall to see the latest equipment, products and services, learn about industry trends and concerns, and network with their peers, suppliers and customers,” says Alan Sims, vice president and executive director of the Randall-Reilly Events Group.

“Bringing together a large cross-section of our industry for a meaningful outlook conference on the commercial vehicle industry was our goal,” says Tim Kraus, HDMA president and chief operating officer. “Based on the more than 350 registrations and the high praise from a great mix of executives in attendance, we feel we are off to a great start for future CVOC events in Dallas, with GATS.”

The 2011 CVOC will be held at the Dallas Convention Center Aug. 24-25 prior to GATS. Contact www.hdma.org or the Randall-Reilly Events Group at https://www.overdriveonline.com/. n 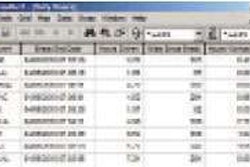 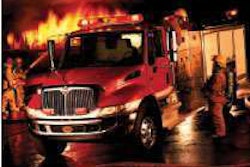 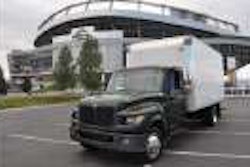