Commerce Secretary Gary Locke and U.S. Trade Representative Ron Kirk visited Memphis on Oct. 12 and 13 to see firsthand the FedEx Express Memphis Super Hub and to explore how the public and private sector can best work together to grow U.S. exports and create American jobs. During their visit, Locke and Kirk experienced the Memphis hub during peak hours and saw the millions of FedEx packages moving over hundreds of miles of conveyor belts thanks to more than 8,000 FedEx team members operating hundreds of FedEx planes, vehicles and machines to make sure FedEx customers’ packages reach their destinations around the world. They discovered how FedEx is able to deliver throughout the world on time and help millions of FedEx customers, including small- and medium-sized businesses, reach new markets and new consumers in the more than 220 countries and territories that FedEx serves.

FedEx hosted Locke, Kirk and a smaller group of Memphis business leaders at the Hub Flight Museum for a roundtable discussion exploring how Memphis businesses can start or grow their exports to the Asia-Pacific region. The conversation focused on the ongoing Trans-Pacific Partnership TPP free trade agreement negotiations. Kirk’s team at the U.S. Trade Representative’s Office joined the talks in December 2009 and continues to negotiate a new regional trade agreement to knock down barriers to trade in the region with the other TPP countries – Australia, Brunei, Chile, Peru, New Zealand, Singapore and Vietnam. Kirk shared with the group the announcement that Malaysia also formally has joined the negotiations, thus further expanding the economic benefits of an agreement.

FedEx serves as a corporate co-chair for the TPP Business Coalition and says it supports the administration’s efforts to complete a gold-standard agreement that will open new markets and opportunities for FedEx and its customers. FedEx says it also supports the swift passage of the pending free trade agreements with Colombia, Panama and South Korea – as well as a conclusion to the WTO Doha Round negotiations. Obama recently named Michael L. Ducker, chief operating officer for FedEx Express and president of its International Division, to the Advisory Committee on Trade Policy and Negotiations. He will work closely with Kirk and the other committee members to advance a strong trade agenda that opens markets and creates opportunities for FedEx and its customers around the world. 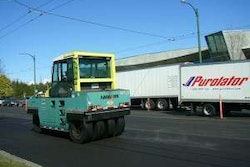 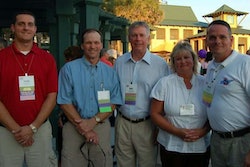 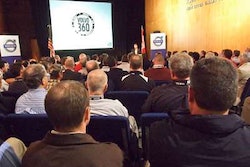