“Our entire organization is committed to this asset-light business model, with a primary focus on generating improvements in earnings, cash flow and asset utilization,” said Gary Enzor, chief executive officer of the Tampa, Fla.-based company. “We maintain a positive outlook for the business and look forward to a solid finish in 2010.”

“Our strong performance in the third quarter of 2010 resulted in higher EBITDA and free cash flow, which helped reduce our leverage and increase our ABL capacity by $17.5 million on a sequential basis versus the second quarter,” said Joe Troy, chief financial officer. “We also substantially improved our capital structure via the 2018 notes offering in a way that increases flexibility, further enhances liquidity and extends the majority of our debt maturities. All of these benefits serve to support our growth initiatives going forward.” 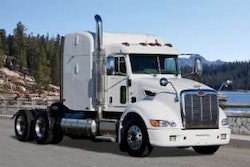