Paper Transport says it recently reached more than 130,000 miles with each on its two Freightliner Business Class M2 112 Compressed Natural Gas (CNG) vehicles. Since taking possession of the CNG-powered trucks in winter 2010, the Green Bay, Wis.-based truckload company has used the vehicles to haul freight between Green Bay and Chicago and says it has saved more than $1 per gallon in fuel costs.

“Fuel is the largest cost in our business, so being able to save that amount of money makes a big difference to our bottom line,” says Jeff Shefchik, president of Paper Transport. “In fact, that’s why we’ve just recently added five additional Freightliner CNG-powered trucks to our fleet.”

Long-time customer Paper Transport already had more than 160 Freightliner tractors in its fleet. “Lowering our fuel costs and benefiting the environment were the initial selling points of the CNG trucks,” says Shefchik. “However, our drivers also really appreciate the M2 112’s comfort and visibility, and even though these trucks have smaller engines, their power has been great.”

Paper Transport’s trucks include Allison 3000HS transmissions, which include a patented torque converter technology designed for improved startability at the launch of the vehicle, full power shifts and a better performing engine. “The Green Bay-to-Chicago route we run gets very cold, but we haven’t had any issues with startability or fuel gelling on even the most frigid of days,” Shefchik says. “As with all of our Freightliner vehicles, the CNG trucks have proven to be productive and profitable.” 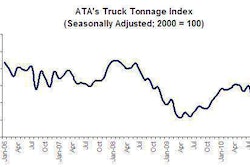