The Federal Motor Carrier Safety Administration wasted no time in making public data from the new Safety Measurement System, which is a key component of the agency’s Compliance, Safety, Accountability (CSA) program — a name the agency has formally adopted for the intiative formerly known as Comprehensive Safety Analysis 2010. The data is available on the agency’s A&I Online website. A federal appeals court on Friday, Dec. 10, denied a request for an emergency stay. FMCSA previously had told the court that it would not make SMS data public before Sunday, Dec. 12.

“Petitioners have not satisfied the stringent standards required for a stay pending court review,” a three-judge panel of the U.S. Court of Appeals for the District of Columbia Circuit said in its order. The court did not elaborate except to cite one court case and the court’s own handbook of procedures.

On Nov. 29, three associations representing motor carriers – the National Association of Small Trucking Companies, The Expedite Alliance of North America and the Air & Expedited Motor Carriers Association – asked the appeals court to block implementation of CSA or at least public release of certain CSA data until the agency completed a full rulemaking. The groups argued, among other things, that due to fears over crash liability, shippers and brokers likely would stop using carriers that had alerts in the SMS and that for practical purposes the rankings and alerts represented safety fitness determinations.

In response, FMCSA told the appeals court that the groups’ claims of disastrous consequences were without merit and that fundamentally the SMS data to be made public was no different than SafeStat data that has been public for more than a decade.

The American Trucking Associations decided not to back the three groups in court, but the association did ask FMCSA for various changes in CSA before the data became public. As of late Friday afternoon, ATA had not received a response.

Although FMCSA now can publish data from the new SMS, which replaces SafeStat, the litigation is not necessarily over. In a separate order, the appeals court established a briefing schedule for the lawsuit. Initial briefs will be due Feb. 7, and FMCSA’s response is due March 9. 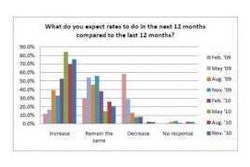