The Right to Repair Act has been introduced in Massachusetts for the 2011-12 legislative session. The 2011 legislation is sponsored by Rep. Garrett Bradley (D-Hingham) and Sen. John Hart (D-South Boston) and has more than 60 co-sponsors, more than last year.

“What this bill is really about is ensuring our constituents will always have a choice to have their vehicles repaired at a shop of their choice,” Bradley says. “Given the tough economy we’re in, we have to remember that consumers pay a lot for their cars and for repairs, so they should get it fixed where they want.”

The Right to Repair legislation would ensure better choices for consumers because independent shops would have equal access to the same nonproprietary repair codes and service information as the new car dealerships. Repair shops will pay for the data, giving them the ability to compete on a level playing field and resulting in lower prices for consumers.

“We support the Right to Repair bill because it simply makes good sense for our members, and for all motorists,” says Mary Maguire, director of Public and Legislative Affairs at AAA Southern New England. “Passage of Right to Repair will provide drivers with more affordable choices and greater convenience when it comes to car repair, and that represents a real victory for the motoring public.”

The Right to Repair Coalition says it achieved major success last year in raising awareness of the need to enact legislation that would require the vehicle manufacturers to sell the needed repair information to local repair shops. As it stands now, not all of the necessary repair information is available to independent, neighborhood car repair shops. Formal sessions for the Massachusetts Legislature ended on July 31, 2010, and although the Right to Repair Act passed the Senate unanimously, the House of Representatives was unable to take action on the bill before the session ended.

“There are 32,000 people who put food on the table by working in Massachusetts’ independent auto repair industry,” says Art Kinsman, spokesman for the Right to Repair Coalition. “You’ll find them on every corner, on every main street, in every neighborhood. Right to Repair will protect these jobs, the small independent businesses they work for, and most importantly their customers’ right to choose them to get their cars fixed.” 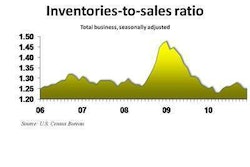