In the lawsuit, CDTOA asserts that CARB’s regulation is unconstitutional as it is preempted by the Federal Aviation Administration Authorization Act and seeks an injunction prohibiting CARB from enforcing its rule. CDTOA notes that it has “attempted to work with CARB for more than four years to find reasonable solutions that accomplish the goal of cleaning California’s air while avoiding the needless devastation of the state’s trucking industry and specifically the dump truck industry.”

The association claims that CARB has repeatedly refused to address these many economic challenges. CDTOA notes that due to what it calls “a lack of cooperation and empathy,” it was left with no choice other than litigation. “Our members are experiencing the worst economic conditions in living memory, and CARB continues to place impossible regulatory burdens on them at a time they can least afford it,” says Lee Brown, executive director of CDTOA. “Our members support clean air, but the air we breathe can’t be more important than the people that are breathing it.”

CARB’s Truck and Bus Regulation essentially requires all heavy-duty diesel vehicles currently on California’s roads to be replaced with new CARB-compliant vehicles. However, CDTOA says its members have based their businesses on the ability to use their trucks for at least 800,000 miles, and they only average 50,000 miles a year. Because the rule requires replacement of what CDTOA says are “otherwise perfectly useful, and in most cases, clean trucks” much earlier than would otherwise be required, the majority of CDTOA members will be unable to comply and forced to close their businesses — leaving hard-working employees (drivers, mechanics, support personnel and managers) and their families jobless. CDTOA points out that for most of its members, their dump trucks are the sole asset for their business — essentially serving as their office, tool of their trade, sole source of capital and investment, and only basis of income and livelihood.

A new CARB-compliant truck costs more than $150,000 to purchase. However, dump truck rates are down 40 percent, and the number of jobs has been cut in half from only a few years ago. CDTOA also asserts that the rule drastically diminishes the resale value of currently-owned trucks because they cannot be operated on California’s roads. This means companies have lost their primary source of capital for purchasing new CARB-compliant trucks. Truck retrofit devices are also purported to be a short-term solution under the rule, yet they still cost tens of thousands of dollars and may be mechanically unreliable, according to CDOTA.

Rob McClernon, CDTOA president and small business owner, noted that, “Food on the table, a roof over your head and health care for your family are just as important if not more than nominally cleaner air. From what I can tell, joblessness is far more unhealthy than the air we breathe anywhere in this state today.”

In 1994, the U.S. Congress explicitly acted to retain sole oversight over motor carriers in the United States in order to prevent state agencies from overregulation. The FAAAA prohibits any state or any political subdivision from enacting or enforcing any regulation related to the price, route or service of a motor carrier. 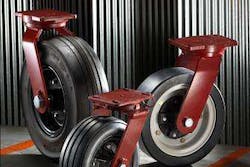 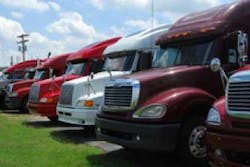