In comments submitted on the Federal Motor Carrier Safety Administration’s proposed changes to the hours-of-service rules, the Commercial Vehicle Safety Alliance indicated that the proposed rules could have the unintended consequence of reducing overall CMV and motorist safety. According to CVSA, the changes could make roadside enforcement more complex and open the door toward more drivers falsifying their records.

“Each year, CVSA-certified inspectors conduct nearly four million inspections all across North America which provides CVSA with an unmatched level of real-world experience in commercial driver and vehicle safety,” says Stephen Keppler, CVSA executive director. “The consensus from our state and jurisdictional enforcement members regarding these proposed rules is that they are confusing and not easily understood. The proposed rules, in our view, will be more difficult to enforce roadside than the rules in place today.”

As CMV crash rates have declined significantly while the current rules have been in effect, CVSA contends FMCSA’s proposal does not appear to substantiate the need for the proposed regulatory changes. Instead, CVSA encourages enabling more tools for enhancing enforcement and additional exploration of the effect between hours of service, fatigue and performance before considering any drastic changes to the current rules.

CVSA cited enforceability as the most challenging portion of these proposed changes. With no current regulation requiring supporting documents for drivers to maintain on the vehicle, inspectors will have a more difficult time checking the validity of record of duty status (RODS) entries. Additionally, falsification is a major concern, as in some cases fueling, loading, unloading and other forms of on-duty time will be listed on the RODS as resting in, or upon, a parked vehicle.

CVSA says the NPRMs for both hours of service and electronic onboard recorders (EOBRs) also provide no funding provisions for the training of enforcement personnel and technology upgrades that will be necessary, and with no additional funding provided to enforcement entities already stretched thin by limited resources, further enforcement needs could go unmet. As a result, uniformity may degrade under the proposal as compared to the current set of rules.

CVSA also recommended that FMCSA facilitate and promote the implementation of Fatigue Management Programs and Driver Health and Wellness Programs in the industry. 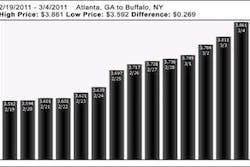 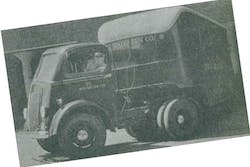