Volvo Trucks and Mack Trucks will move assembly of their transmission products from Koping, Sweden, to Volvo’s powertrain plant in Hagerstown, Md. Volvo says that in order to meet growing demand for its I-Shift automated manual transmission, the company will make a $7 million investment in the plant, with production scheduled for the third quarter of 2012.

Volvo’s I-Shift transmission was introduced in the North American market in 2007, and the company says last year it reached a penetration of 26 percent of Volvo Trucks’ North American sales. Because it is only available with a Volvo engine, the transmission is helping to promote the company’s integrated powertrain approach.

Right: Mack introduced the mDrive last year and says it sold out of the 500 available units.

The transmission currently is assembled overseas and then sent to Hagerstown for adaptation to North American market requirements. The Hagerstown investment will include creation of a new assembly line, installation of new equipment and tooling, and employee training. Volvo says the new capacity will increase the Volvo Group’s global transmission footprint and will be the primary source for North America.

Mack said assembly of its mDrive automated manual transmission will start at Hagerstown in the third quarter of 2012. The company introduced the mDrive last year and says it sold out of the 500 available units.

The transmission, which also has been built in Koping and sent to the United States for North American adaptation, is designed and engineered to work exclusively with Mack MP series engines and is available on the company’s Pinnacle highway tractors.

* Yokohama Tire implemented a price increase of an average of 8 percent on its U.S. light and medium commercial truck tires.

* Daimler Trucks North America is sharply increasing production and employment levels at its truck manufacturing plants in Mt. Holly, N.C., and Portland, Ore., during the last half of 2011. Production and hiring also will increase significantly at the company’s plant in Saltillo, Mexico.

* Hankook Tire is investing $353 million in a new tire plant in Indonesia. Initial production capacity will be about 6 million tires per year. The plant will employ about 1,400 workers by 2014 and is expected to add 2,800 more jobs by 2018.

* The Technology & Maintenance Council of the American Trucking Associations will hold its 2011 Fall Meeting and TMCSuperTech2011 National Technician Skills Competition on Sept. 19-22 at the Raleigh Convention Center in Raleigh, N.C.

* Minimizer will launch what it describes as an “industry-changing truck fender” Aug. 25 at the Great American Trucking Show in Dallas. The new fender will make its debut at 1:15 p.m. CT at Minimizer’s booth, No. 18092.

The experts at Thermo King have put together a few quick tips to ensure that fleet reefer units stay on the road and out of the shop as the busy – and hot – summer hauling season kicks into high gear. Thermo King says it compiled these fuel-efficient and environmentally friendly solutions with an eye toward helping fleet owners and owner-operators maximize uptime and profits:

1) Change or top off any engine fluids such as oil and coolant.

2) Request a controlled refrigerant level test to assure the unit is operating at peak cooling capacity.

3) Check and adjust or replace all belts.

5) Have the fuel system serviced, including:

• Draining any water or sediment from the fuel tank;

7) Make sure engine speeds are adjusted to factory specifications for the smoothest operation and fuel efficiency.

Thermo King also reminds fleets that these services and inspections should be performed by qualified service professionals.

The three CEOs spoke about how their three diverse companies prepared for risk, opportunity and change, and survived “Stage 4” as they implemented turnaround strategies of reducing costs and altering their core competencies to emerge successfully from a down economy.

In 2009 at the height of the recession, the commercial vehicle market dropped by 50 percent in North America and 74 percent in Europe, requiring fast adaptive actions by suppliers, McClure said. “The key to surviving a major downturn is preparation,” he said. “We operate in a cyclical industry and have to not only be prepared for downturns, but be aware of signs that things could be aggravated by economic crisis. We actually began our cost and debt reduction strategy in 2006 before the worst of the crisis hit.”

Through an intense restructuring process that focused the company on its core competencies in the commercial truck market, Meritor rebounded from an all-time-low stock price of $0.32 in March 2009 to $16.49 in May 2011. The process included shedding its light vehicle assets, cost reductions, restructuring debt and stabilizing and improving working capital performance.

The global meltdown in 2009 and resulting implosion in vehicle sales pressured everyone in the supply sector, and more than half of the top U.S. automotive suppliers faced bankruptcy, Dauch said. AAM, which avoided bankruptcy and is now the 19th largest automotive supplier in North America, attributed the company’s survival to its ability to adapt to change and drive performance.

By completing its restructuring efforts outside of bankruptcy, AAM was able to preserve a substantial amount of enterprise value for many key stakeholders. “In 2008 and 2009, the entire auto industry was being reset,” Dauch said. “AAM’s ‘Resize, Restructure and Recovery’ business plan triggered a series of extremely difficult but necessary actions targeted at returning AAM to market cost-competitiveness, viability, profitability and sustainability.”

UPS has ordered more than 2,000 gasoline-powered walk-in van chassis for its fleet from Freightliner Custom Chassis Corp. Following last year’s deployment of a preproduction run of 350 gas-powered MT-45G and MT-55G chassis, UPS ordered 2,121 additional units in February and March. The chassis are scheduled for delivery to UPS this summer.

FCCC says that because the gasoline-powered MT-45G and MT-55G both share the same chassis platform as their diesel-powered counterparts, there is no compromise in durability. The full-section steel straight-rail frame is capable of carrying up to 13,000 pounds of cargo and built to reduce flex and bowing while meeting the heavy payload demands of the pickup-and-delivery business. The common platform – from frame design to axles and suspension – also helps increase uptime due to the easier availability of existing parts for maintenance.

Mitsubishi Fuso Truck of America will continue its full warranty package on all of its 2012 Canter models.

“We’ve added advanced-technology engine, drivetrain and emissions control systems to our new Canter line, and they’re designed to provide owners with lower cost of ownership across the board,” says Todd Bloom, MFTA president and chief executive officer. “Because we’ve tested these trucks and all of their advanced components over millions of miles, we’re also confident that they’re every bit as rugged as the Fuso models that have built our heritage.”

The Mitsubishi Fuso 5-year powertrain limited warranty covers not only the internally lubricated engine and drivetrain, but also many bolt-on components, including the starter, water pump and turbocharger.

“Los Angeles International Airport requires service vehicle companies to run on alternative fuels by 2015,” says Charles Sandlin, president of Roadrunner Shuttle. “To us, this includes cost-efficient transportation that is eco-friendly and reliable. We have found this combination in Roush CleanTech’s propane autogas vans.” 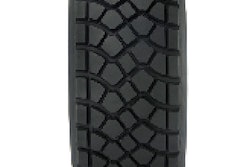 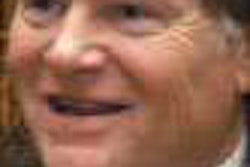 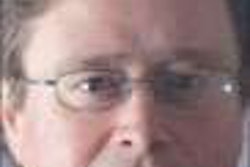