Structure of relationships governs your liability

Q  Our company acts as a freight forwarder, an indirect air carrier and a nonvessel operating common carrier. I have asked around, and no one can answer this question: With regard to surface transportation, i.e. trucking contracts, what is the difference between an interline agreement and subcontracting?

A With the advent of deregulation, the lines distinguishing instrumentalities of transportation, particularly in the intermodal field, have become blurred. From a contracting point of view, all too often the shipper will turn to one entity – be it an NVOCC, an IAC, a property broker, a freight forwarder or a motor carrier – to arrange and/or provide a through service from origin to destination using multiple modes.

Lawyers untutored in the transportation industry typically call the resulting contracting party the “contractor” or “service provider” and look to it to assume responsibility for the entire movement using “subcontractors.” This results in an indistinguishable blurring of the lines of responsibility and, as I have mentioned before, has vicarious liability implications.

On the other hand, the term “interlining” is a regulatory and industrywide term that merely describes the “carrier-to-carrier” relationship when one carrier hires another to perform all or part of the services the originating carrier is obliged by contract to provide.

For example, the Carmack Amendment, which establishes cargo liability for surface truck transportation, effectively defines interlining for purposes of a through bill of lading. By statute, the interlining carrier that possesses the goods at the time of the loss must indemnify and hold harmless the origin carrier or freight forwarder named on the through bill from any loss or damage. It is a matter of federal statute, not state contract law.

In this regard, the term “convenience interlining” is also an old regulatory term under which a motor carrier who issued a bill of lading could hire another authorized carrier to provide the service from origin to destination under the second carrier’s authority and legal liability so long as the origin carrier’s through tariff rate and ultimate cargo liability for the shipment was preserved.

Arrangers should choose interlining over subcontracting.

Similarly, in the multimodal field, an NVOCC or an air freight forwarder can issue a through bill of lading accepting cargo liability under their respective service terms and conditions, and in the process hire authorized motor carriers to provide the first or last mile of the intermodal move.

Where an airline, a steamship line or an NVOCC that is a licensed service provider in other modes retains motor carriers pursuant to a through bill for inland truck service, the arrangement could be classified properly as a multimodal interline. But I would argue that this is not subcontracting because the truck transportation is not a service the air or water carrier is authorized to provide.

The distinction is important, I believe, to protect yourself against vicarious liability that can result when the role of the intermediary or connecting line carrier is muddled by the assumption of truck transportation duties and obligations that should remain the sole responsibility of the licensed and insured motor carrier that operates the vehicle.

* The Federal Motor Carrier Safety Administration issued regulatory guidance to clarify that household goods carriers may require shippers to sign incomplete, but not blank, documents so long as the omitted information is limited to the actual weight of the shipment, in the case of nonbinding estimates, and unforeseen charges incurred in transit. Carriers may not require shippers to sign “Revised Written Estimates,” “Rescissions of Old Estimate” or other documents.

* FMCSA announced that it will not propose new regulations governing the transport of agricultural products. The agency also released guidance to help states understand common-sense exemptions that allow farmers to transport products to market. After hearing from farmers earlier this year, FMCSA initiated a review to make sure states didn’t go overboard in enforcing transportation regulations on agricultural operators.

* The Alliance for Safe Efficient and Competitive Truck Transportation announced that Tom Sanderson, president and CEO of Transplace, will serve as chairman of the nonprofit group, which works for balanced regulations governing trucking. ASECTT – composed of carriers, shippers and brokers, among others – seeks to ensure a fair and competitive marketplace by opposing industry over-regulation.

The California Air Resources Board announced a $51,750 settlement with Key Energy Services for air quality violations after the agency’s investigators found that the Houston-based energy producer failed to test its California fleet’s diesel engine emissions as required by state law. CARB says the violations occurred in 2008 and 2009.

The settlement was distributed between the California Air Pollution Control Fund, which received $38,812.50 for air quality improvement projects; and the Peralta Community College District, which received $12,937.50 for diesel education and technology programs.

• Provide testing and general compliance records to the agency for the next two years;

• Within one year, have all appropriate staff attend a diesel education and technology class that instructs adherence with state emissions laws; and 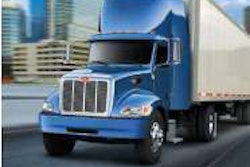 The path of least resistance 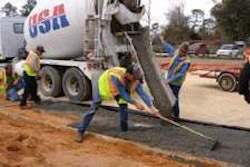 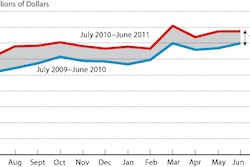