“As an industry, it is important that we highlight trucking’s essentiality,” says Bill Graves, ATA president and chief executive officer. “These award recipients have gone above and beyond to promote trucking’s role as the backbone of the American economy. They are all dedicated to enhancing the industry’s image.”

The Baylor Trucking campaigns focus on having the public understand how safe and important the trucking industry is. Their campaigns include a partnership with Susan G. Komen for the Cure where they are in the process of decaling five trailers branded “Driving for a Cure,” an extensive National Truck Driver Appreciation Week campaign and a social media campaign where they promote their drivers and their safety records.

Mack Trucks reminded everyone that trucking and America go hand in hand while appearing on the show “Undercover Boss.” They took the opportunity, while celebrating 50 years of powertrain assembly in their plant in Hagerstown, Md., to highlight trucking across the state of Maryland. Whether contributing to organizations like the Bethesda Fisher House, volunteering at Skills USA or transporting a mock space shuttle to Cape Canaveral, Fla., Mack is immersed in communities across the United States. Mack’s support of NTDAW along with their strong support of highway safety and the Share the Road program put the trucking industry in a positive light.

The Minnesota Trucking Association developed a three-part image campaign to enhance the image of their membership. They leveraged a state shutdown to bring an unprecedented level of positive awareness to the trucking industry, making MTA a household name. They successfully inoculated the media against running negative safety statistics by increasing their execution and coverage of safety events, and they took a proactive approach in generating ongoing positive media not only for the association but for their members as well. Their Image Task Force created an Image Idea Guide for their member companies’ use.

The image campaign of the Tennessee Trucking Associations focused on changing public opinion that trucks are not barriers to their existence but providers. They talked to Tennessee citizens, the media and legislators, and worked closely with organizations across the state to ensure they have a seat at the table. They pioneered a partnership with the Tennessee Department of Safety to do 10 roadside inspections throughout the year and utilize the Tennessee Road Team to advance highway safety. They are deep in Tennessee communities, hosting four Big Rigs for Little Kids Golf events, with proceeds going to local charities.

The award honors those that creatively generate positive awareness of the trucking industry. Submissions were evaluated by an impartial panel of judges based on creativity, execution and reach/impact. The award is named in honor of the late Mike Russell, a trucking industry supporter and media official who helped develop the “Good stuff. Trucks Bring It.” campaign as ATA vice president of public affairs. 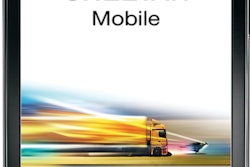 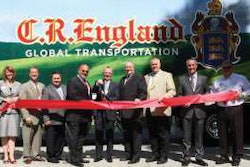 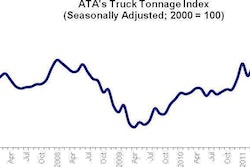