Be careful what you wish for

Could you handle a surge in freight demand?

While 2011 seems to have been a better year than 2010 for most of the trucking industry, lack of capacity appears to be the reason. The growth in freight volume has been weak, but carriers just can’t get enough drivers to keep pace with even small increases in business. In the October Randall-Reilly MarketPulse survey, 51 percent of trucking executives reported driver availability as their No. 1 concern. That’s the first time a majority of MarketPulse participants have selected the same issue as their top worry.

Some early indicators point to a turnaround.

The factors driving a shortage of drivers include higher standards due to regulation, enforcement and liability fears; a supply of newly trained drivers that has slowed to a trickle; and the likely retirement of many older drivers who lost jobs or miles during the downturn. But regardless of the causes, you can’t ignore the fact that driver availability is a problem during a time when the national employment rate has been 9 percent or higher in all but two of the last 30 months. What happens when the unemployment rate starts falling? Certainly drivers won’t be easier to find.

The conditions that would lead to lower unemployment typically are those that would drive greater freight demand. Perhaps this observation is laughingly obvious, but it’s not one to ignore. As the economy recovers, you will have more freight and a harder time getting drivers to haul it. Trucking companies are used to this dynamic, but arguably they never have faced it when drivers already were hard to find.

We have discussed in this column in recent months the long-term implications of a worsening driver shortage, and in October we talked about how the tight driver market could help you thrive in a weak economy. But what happens if freight demand rebounds in the near term? It could happen. As the economy adds jobs – which it has done for 13 consecutive months – there is more demand, which in turns generates more jobs.

Housing is another area ripe for improvement. Very low mortgage rates could help spur lots of home buying as the employment picture improves. Even if this doesn’t translate quickly into housing starts to spur flatbed demand – after all, there are about 3.5 million existing homes for sale on the market – there could be a surge in home furnishings, which would benefit van carriers. Meanwhile, the manufacturing industry seems steady, exports are up and the inventories-to-sales ratio remains lean, so don’t expect any improvement in jobs or housing to be offset by declines in manufacturing.

Could you accommodate a significant jump in customer demand? If not, what would you do? If you plan to add owner-operators, recognize that they too are in short supply. If you plan to broker excess loads, are you sure you can find the capacity? Is there a struggling competitor you could buy if it makes sense? What marginal customers might you cut loose if you needed the capacity for better customers? And do you know which are which? These are good challenges to have, but meeting them can be as critical to your success as those you overcame in order to make it this far.

The jobs picture is improving

The unemployment rate doesn’t improve because of new job seekers, but since September 2010 – the last month the United States saw a net decrease in the number of jobs – the economy has added 1.67 million new jobs. And first-time claims for unemployment insurance are back below 400,000 a week – the first time that’s happened in years except for a couple of months in early 2011.

Housing seems to be stabilizing

It will take years to get back to the 1.5 million homes we have built on average since 1959, but recent data shows some improvement. Housing starts have been above an annual rate of 600,000 in four of the past five months. The last time the rate was at 600,000 or higher for even two consecutive months was April 2010, which was the last month of the home buying tax credit included in the 2009 stimulus act.

Capital is starting to flow

After peaking at an all-time high of $1.7 trillion in July, bank reserves have declined for three straight months for a total of nearly $58 billion put back into circulation. OK, it’s not much, but at least it’s in the right direction. More lending could allow for more spending and investment and, therefore, freight volume. 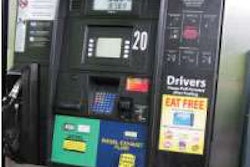 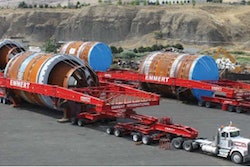 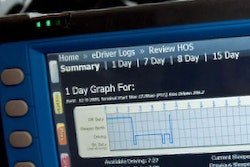 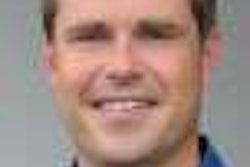