Maxon Lift Corp. announced the donation of a Tuk-A-Way 72-25 liftgate to the nonprofit Marine Corps S.O.S. Organization of St. Paul, Minn. Earlier this year, Frank Ranallo, founder of the Marine Corps S.O.S. Organization, approached Maxon for spare part donations to refurbish a 12-year-old 72-25 liftgate that was mounted to a truck they received as a donation.

With the labor part of the job already donated by Truck Utilities Manufacturing, rather than only provide the spare parts requested, Maxon offered to replace the older liftgate with a new 72-25 model as a donation to this cause. “It is with much pleasure that we donate this 72-25 liftgate,” says Brent Stratton, office of the president. “We are honored to assist an organization that extends aid to our troops.” 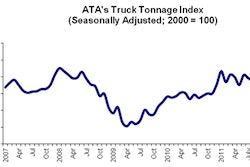