The Ceridian-UCLA Pulse of Commerce Index – which is based on real-time diesel fuel consumption data for over-the-road trucking and serves as an indicator of the state and possible future direction of the U.S. economy – rose 0.2 percent in December following the 0.1 percent increase in November and the 1.1 percent increase in October.

Although December’s news is positive, the combined effect of the three consecutive positive months was not enough to offset the weakness of trucking last summer, and the PCI in December 2011 is 1.2 percent below its June 2011 level, the UCLA Anderson School of Management and Ceridian Corp. announced Wednesday, Jan. 11.

“Many Wall Street economists have jacked up their ‘backcasts’ for fourth-quarter GDP growth to 3 percent, but the PCI does not support this view,” said Ed Leamer, chief economist for the Ceridian-UCLA Pulse of Commerce Index and director of the UCLA Anderson Forecast. “The PCI measures inventories destined for factories, stores and homes, and the decline in the PCI in the third quarter correctly anticipated the large negative contribution of inventories to GDP growth.”

With all three months of the fourth quarter now available, the PCI suggests fourth-quarter GDP growth of 2.0 percent or less. “With real retail sales growing more rapidly than the PCI over the last two quarters, however, the first half of 2012 may be an inventory-rebuilding period, allowing inventories to make a substantial contribution to GDP growth,” said Leamer.

Based on the latest PCI data, the forecast for December Industrial Production is a 0.29 percent increase when the government estimate is released on Wednesday, Jan. 18. 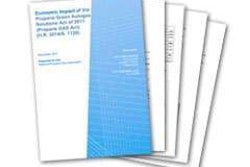 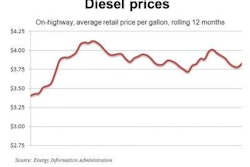