A Federal Motor Carrier Safety Administration committee on Tuesday, Feb. 7, wrestled with how future regulations pertaining to electronic onboard recorders for hours of service compliance might ensure the devices aren’t used to harass drivers.

The Motor Carrier Safety Advisory Committee is tasked with making recommendations to the agency following the 7th Circuit Court of Appeals’ decision last August that vacated the 2010 limited mandate for EOBRs for certain noncompliant carriers.

The harassment issue may be the key consideration for the agency, which is intent on devising a rule that mandates some version of electronic logging devices for virtually all trucks in interstate commerce, given the court’s vacating the rule.

Following the January 2011 Notice of Proposed Rulemaking “for a broader mandate,” said FMCSA Associate Administrator for Policy Larry Minor, the agency is gathering input on harassment stemming from electronic logs from several other sources. It plans “listening sessions,” including one at a Louisville trucking show next month.

While the committee, meeting in Arlington, Va., spent considerable time debating how EOBRs could be designed to prevent their use for driver harassment, a majority of members favored adopting recommendations specifically for “electronic logging devices,” separate from more broadly functional fleet-management systems.

“It is the incorporation of the fleet management system [with mobile communication technology] into the electronic logging device that creates the gateway” for harassment issues, said Todd Spencer, executive vice president of the Owner-Operator Independent Drivers Association. “FMCSA should not allow carriers to integrate fleet management systems into electronic logging devices,” he added.

The broad majority of committee members did not go so far as to recommend totally disallowing such integration. If a rulemaking simply doesn’t consider the option of fleet management tools to add on top of the electronic log, said Con-way Freight Safety Vice President Bob Petrancosta, “I would argue it doesn’t endorse it. [Manufacturers] make fine fleet management systems that have a benefit to them.”

Said Danny Schnautz of Clark Truck Lines, “We need to limit that definition of electronic logging systems. The only reason the harassment issue came up is because of the two-way communication systems.”

A draft report to the agency by the committee called out several areas where harassment issues can arise. Among them are repeated carrier contacts during off-duty time, law enforcement demands to show a paper log, general intrusion into driver privacy by management, pressure on drivers from dispatch, a driver’s decision to stop when tired being used against a driver and multiple contacts by carriers or shippers questioning why drivers are not moving.

Not mandating real-time communication from the devices may mitigate most of these situations, committee members suggested.

Considerable debate surrounded the need to mandate GPS functionality within electronic logging device standards. “Whether you’re going from here to here,” Spencer noted, “the only thing relative to hours of service is hours. There is no realistic economic benefit” to including a location-tracking element, adding costs and potentially opening right-of-control disputes in the independent contractor owner-operator/carrier relationship, putting both businesses in jeopardy in a legal challenge.

“Any electronic logging device would not be as accurate without a GPS,” said Scott Hernandez of the Colorado State Patrol.

Regarding costs, however, Tom Cuthbertson, director of industry solutions for Xata, a maker of the devices, said “the GPS component itself is in the $15 to $20 range.” 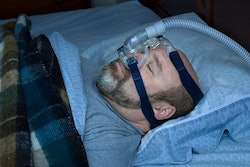 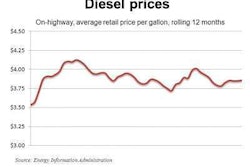