The Partnership to Save Highway Communities on Tuesday, Feb. 14, urged members of Congress to oppose Amendment 217 of the American Energy and Infrastructure Jobs Act of 2012, which it says would jeopardize thousands of businesses operating at the exits along the nation’s Interstate Highway System.

Amendment 217, authored by Congressmen Steven LaTourette, Steve Stivers and Dennis Kucinich of Ohio, seeks to overturn the 50-year-old law prohibiting the sale of food, fuel and convenience items at interstate rest areas and instead allow states to use rest areas on interstate highways for nonhighway uses, including commercial activities.

The partnership says Amendment 217 threatens nearly 97,000 small businesses operating within a quarter mile of the Interstate Highway System, endangering the jobs of more than 2 million Americans.

“This Amendment is the biggest threat small business owners have ever faced under a highway bill,” said Lisa Mullings, president and chief executive officer of NATSO, and a member of the partnership. “This highway bill was intended to create jobs, but if this amendment is allowed to pass, it will pull the rug out from under the nation’s interstate-based fast-food franchisees, convenience stores, gas stations and truckstops. Commercializing interstate rest areas would put exit-based businesses at a considerable disadvantage, likely forcing many out of business. This will have a substantial effect on local communities, increase unemployment, decrease local tax revenues and impede overall economic growth.” 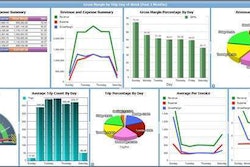