The Truckload Carriers Association has announced the name of its latest Highway Angel: professional truck driver Mike Mozley of Kool Pak of Lake Oswego, Ore. At about lunchtime on Jan. 18, Mozley was heading south on Interstate 5 in southern Oregon, when he passed a U.S. Department of Transportation sign stating that chains were required as the road continued into California.

Mozley pulled over to put chains on his truck and saw a motorist named Bill also attempting to add chains to his Cadillac. Bill’s mother had just died the previous day, and he and his wife were en route to her funeral 400 miles away in Walnut Creek, Calif. Bill had been struggling to put the chains on for at least 20 minutes before Mozley came along.

Mozley offered to help and immediately spotted the problem: Bill had a front-wheel drive vehicle, but was trying to put the chains on the rear tires rather than the front. Mozley placed the chains correctly and showed Bill how to do it himself for future reference. Bill later wrote a letter to Kool Pak calling Mozley a “Good Samaritan” who “offered his assistance in a true time of need.”

“I could see that he was really struggling,” said Mozley, who has assisted several motorists throughout his 11 years as a truck driver. “I had already pulled over to do my own chains, so it was no extra effort to do his at the same time. I’m glad I could help.” 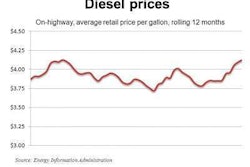 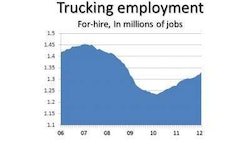