FleetPride Inc., an independent aftermarket distributor of heavy-duty truck and trailer parts, announced that it has promoted Lee Stockseth to the role of president. He will hold the dual title of president and chief operating officer and will continue to report to W.M. McGee, chairman and chief executive officer.

As president, Stockseth’s primary focus will be to oversee branch operations, sales and supply chain, as well as continued improvement in streamlining FleetPride’s 230 existing operations from a best practices perspective. In addition to the above duties, he will be responsible for executing the integration of the company’s aggressive growth strategy through acquisitions and greenfields.

“Lee has been instrumental in shaping FleetPride’s strategic direction,” McGee says. “In looking at FleetPride’s long-term succession plan, Lee was the natural choice for the role of president as he has demonstrated great leadership in the COO position and has been invaluable in our efforts to expand and grow the company. As president, he will leverage his wealth of experience in the heavy-duty trucking industry and branch operations to ensure the growth of FleetPride well into the future.” 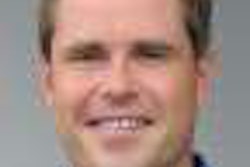