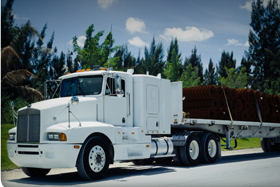 Pegasus TransTech announced that Triple T Transport, a broker of temperature-controlled transportation based in Lewis Center, Ohio, has implemented its Transflo Velocity solution to receive transportation documents electronically from its carriers.

Transflo Velocity is designed to offer freight brokers an easy, consistent method of receiving and processing invoices and load documents from carriers; a carrier downloads a free piece of software from www.transflovelocity.com that enables a carrier to capture and transmit documents and data electronically in a single transaction. Transflo Velocity is designed to save time, save money and increase operating efficiencies for both parties.

Triple T, a nonasset-based broker with offices in Wisconsin and Florida as well as Ohio, specializes in refrigerated transportation, handling both produce and prepared foods. According to Darin Puppel, company president, Triple T began using Transflo Express truckstop scanning from Pegasus TransTech in 2009. More recently, a carrier called to say he had tried to send his freight bill and supporting documents via Transflo Velocity but found that Triple T was not a Transflo Velocity participant.

“I’m pleased that Velocity is working out for Triple T,” says Bob Helms, chairman and chief executive officer of Pegasus TransTech. “Velocity strengthens the broker-carrier relationship and provides an operating edge that speeds the process of documentation and billing for both parties.”