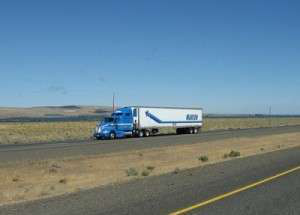 “We are pleased that the efficiencies of our regional operations continue to drive growth in our net income and improvement in our operating ratio,” said Randolph Marten, chairman and chief executive officer of the Mondovi, Wis.-based company. “We have increased our regional operations to 69 percent of our truckload fleet as of June 30 from 60.7 percent as of a year earlier – an increase reflected in a 5.4 percent improvement over last year’s second quarter in our average truckload revenue, net of fuel surcharges, per tractor per week.”

Marten said his company’s focus on developing a multifaceted business model with a diverse customer base has expanded its regional operations as well as its logistics business. “Our logistics revenue, net of fuel surcharge revenue, grew 6 percent in the 2012 six-month period over the same period in 2011,” he said. “These strategies helped us to achieve our ninth consecutive year-over-year increase in quarterly profitability, as well as our best operating ratio net of fuel surcharge revenue since the second quarter of 2006.”