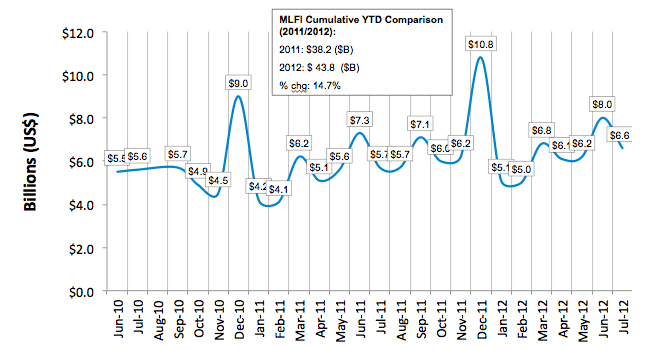 The Equipment Leasing and Finance Associations’ Monthly Leasing and Finance Index, which reports economic activity for the $628 billion equipment finance sector, showed overall new business volume for July was $6.6 billion, up 15.8 percent from volume of $5.7 billion in the same period in 2011. Volume was down 17.5 percent from the previous month. Year-to-date cumulative new business volume increased 14.7 percent.

Credit approvals decreased to 77.5 percent in July from 78.7 percent in June. Sixty-five percent of participating organizations reported submitting more transactions for approval during July, unchanged from the previous month.