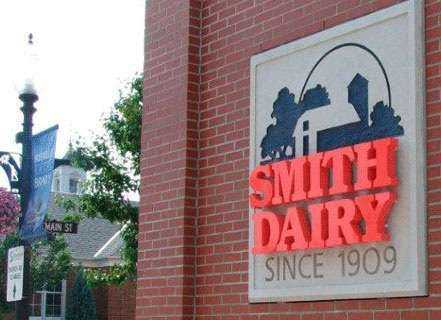 “The owners really looked ‘big picture’ with regard to the station – and wanted to build a station that was not only good for Smith Dairy, but one that was also beneficial to the industry and the environment,” said Rebekah Shipper, Smith Dairy spokesperson. Shipper said Smith Dairy conducted economic impact studies to look at route efficiencies, vehicle fuel usage and other metrics – and decided that migrating to domestic natural gas made perfect sense.

“The owners of Smith Dairy are also committed to sustainability of the earth and what they would leave for their grandchildren,” she said. “They wanted to do the right thing the first time. They wanted to be part of the solution.”

Scott Edelbach, president of Vocational Energy, said Smith Dairy is taking a bold step by making the move to CNG-powered vehicles and investing in a public-access fueling station. “We commend Smith Dairy for understanding the importance of domestic natural gas – and investing in infrastructure that will benefit others in the community who are looking to move away from foreign oil. Vocational Energy has always stood by our philosophy that the nation can’t wait on the government to find funding for infrastructure – it’s something that has to be initiated by the business sector. Smith Dairy exemplifies that philosophy and is providing the leadership needed.”

Shipper said that Smith Dairy has seven Freightliner CNG-powered tractors on the road currently with plans to purchase only CNG-powered vehicles in the future. “We believe it will take companies supporting each other to make CNG take off,” she said. “We’re going to help other people believe that, too.”