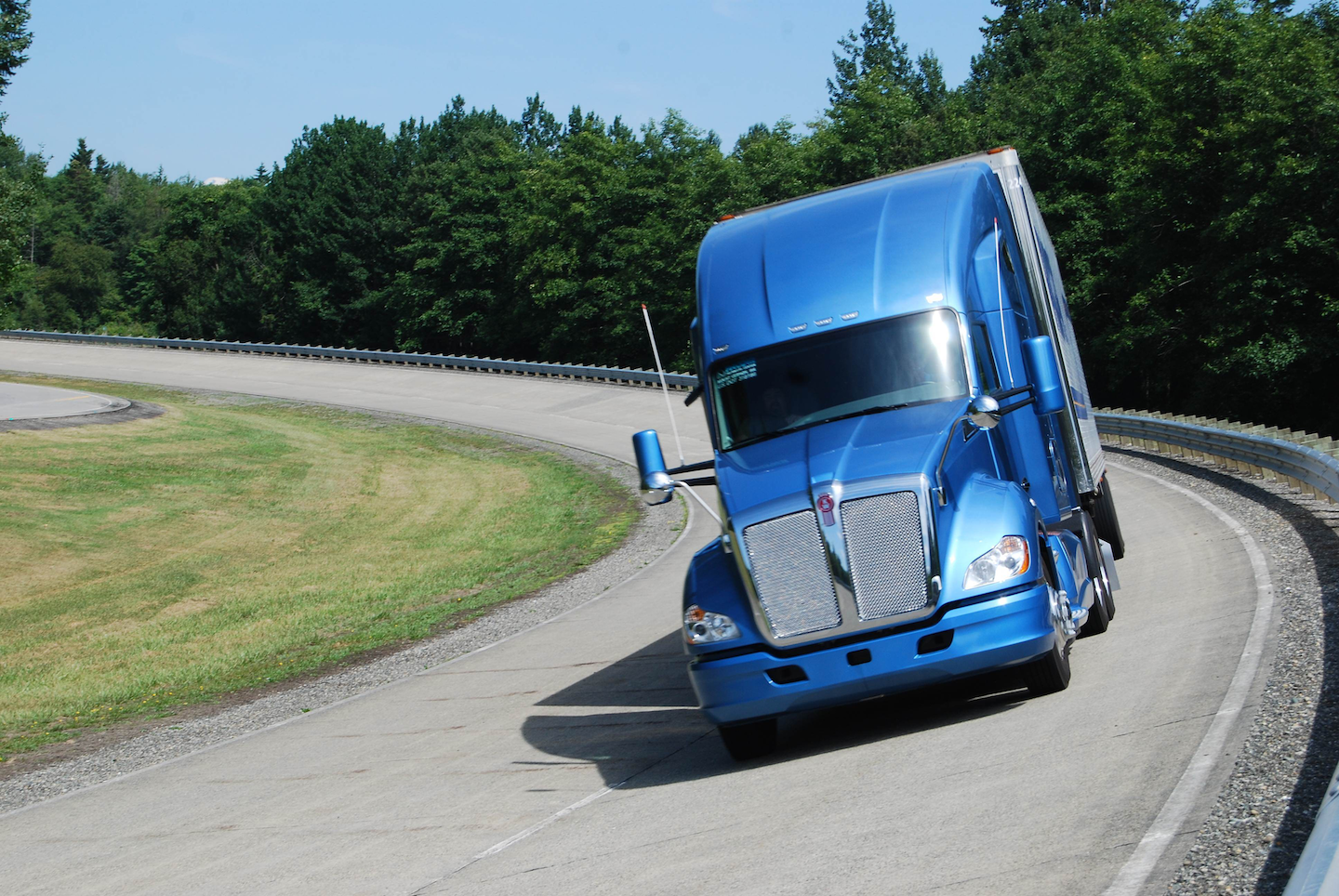 When Pedro Hernandez of Bells Garden, Calif., and Alan Oden of Ardmore, Ala., heard they were winners in the Kenworth T680 Test Drive Contest, they both couldn’t wait to drive the all-new Kenworth T680 at the Kenworth assembly plant in Chillicothe, Ohio.

So it was no surprise that both winners were impressed with the T680 following their test drives in Chillicothe.

“I was very impressed with the T680,” said Oden. “The seat is very comfortable and better than any seat in my life. I didn’t have to reach for the pedals, they’re right where they need to be, and I liked the new air-assisted hydraulic clutch. The ride is the most comfortable, smoothest and quietest I’ve ever been in.

“This is as good as it gets. I would definitely buy one. Hats off to Kenworth. The T680 is the best truck I’ve ever driven,” added Oden.

“The T680 really impressed me, too. It looks very nice, the seats are really comfortable and there is excellent legroom,” said Hernandez. “The cab and sleeper are very spacious inside and the ride is extremely quiet. Inside and outside are both wonderful.”

Kenworth had several T680s for Oden and Hernandez to experience first-hand, including a T680 76-inch sleeper with 12.9-liter PACCAR MX 455 hp engine and 10-speed Eaton manual transmission, and T680 76-inch sleeper with Cummins ISX15 425 hp engine and Eaton UltraShift(R) Plus transmission. They also had a chance to drive a Kenworth T660 compressed natural (CNG) gas truck with a Cummins ISX12 G engine and T440 CNG vehicle, among other trucks, during the 90-minute test drive session.

Hernandez and Oden received round-trip coach airfare for two to Columbus, Ohio, two nights of hotel accommodations; meals and airport transfers; and transportation to the Kenworth – Chillicothe plant, all courtesy of Kenworth Truck Company. Participating in the Kenworth T680 adventure were Hernandez and his wife, Unice, and Oden and his wife, Tammy. More than 650 entries were received in the contest, which was for entrants 21 years and older with a valid commercial driver’s license.

Both Hernandez and Oden are experienced truck drivers with more than a combined 50 years on the road. Hernandez has driven for 31 years and has operated a number of Kenworth trucks in the past. He currently owns a 1996 Kenworth W900 with nearly one million miles on it. He also drives for Bradley Tanks in Martinez, Calif., and hauls contaminated soil to sites in Arizona, California, Nevada and Oregon. He resides about 10 miles southeast of downtown Los Angeles.

Oden has been a driver for 20 years and operates T&A (for Tammy and Alan) Trucking Co. with his wife in Ardmore, Ala., which is about 25 miles northwest of Huntsville. He has a 1984 Kenworth W900 with 3.5 million miles and two Kenworth T600s to haul flatbeds and stepdecks, and is focused on providing on-time delivery and reasonable rates.

Upon their arrival in Columbus, the couples enjoyed a reception and dinner held in conjunction with a Kenworth customer event.

The next day, the contest winners group journeyed the hour south to the Kenworth plant in Chillicothe, where they received a special 2-1/2 hour expertly guided plant tour by long-time Kenworth-Chillicothe employee Tim Bowers. During the tour, the group observed Kenworth’s Class 8 truck production process and even got to watch the new robotics cab build cell for the T680 in operation. As a bonus, Bowers made arrangements so that both Oden and Hernandez were able to actually each drive a T680 a short distance towards the end of the production line, before also going inside a T680 with their wives to experience dynamometer testing.

Following a lunch, the group attended a 30-minute session on natural gas trucks by Andy Douglas, Kenworth national sales manager for specialty markets. That was followed by an informative, 30-minute T680 walkaround session conducted by Andy Zehnder of Kenworth sales and John Luoma of Kenworth engineering. Then it was time for Oden and Hernandez to gather their wives and take a few Kenworth T680s for a nice summer test drive around the Chillicothe area.

The winners were among some of the first drivers to take the wheel of wheel of the fuel-efficient T680, Kenworth’s most aerodynamic truck ever, which was introduced in March at the 2012 Mid-America Trucking Show in Louisville. The T680 is being built at the Kenworth-Chillicothe plant and production began in late May.