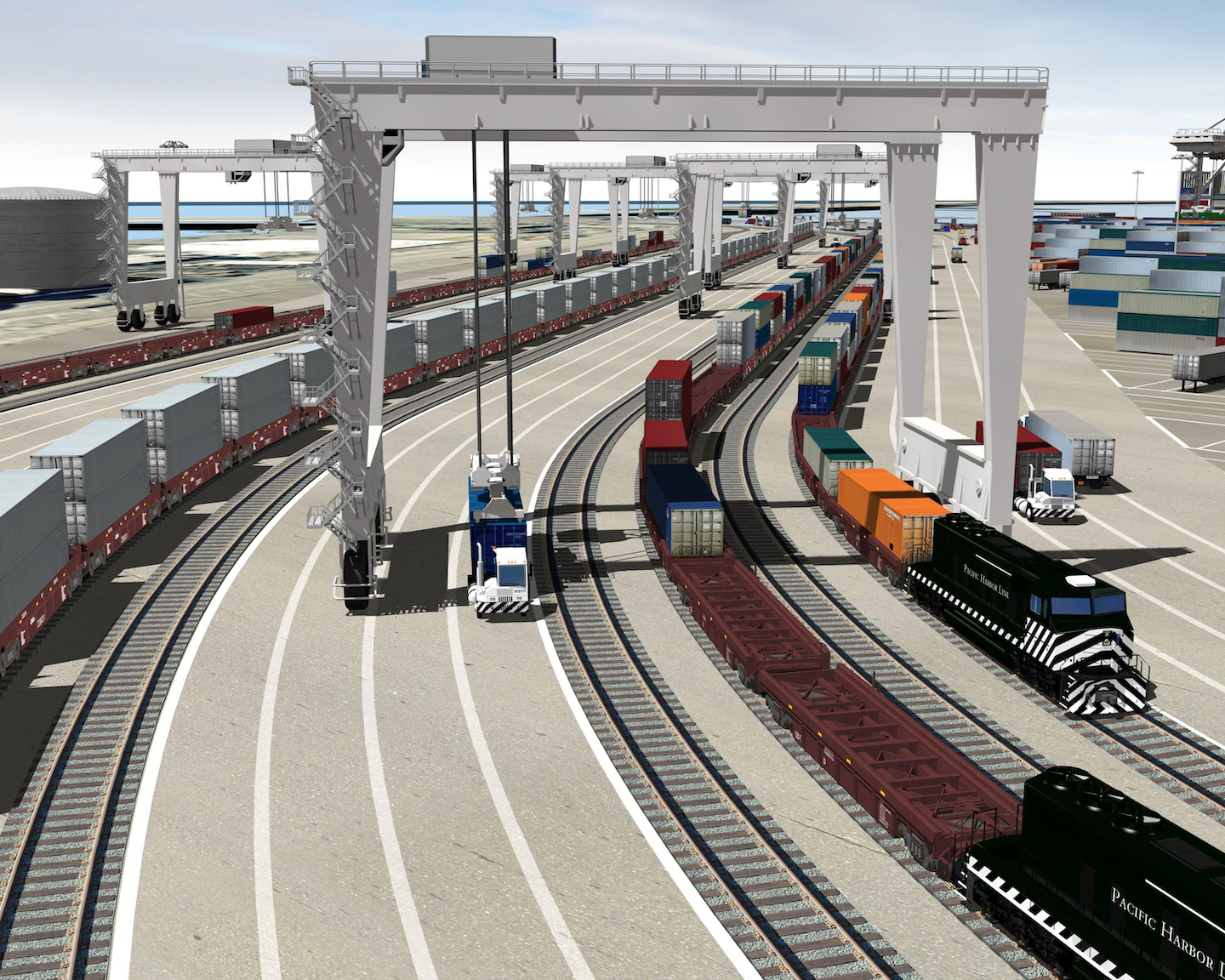 The Long Beach Board of Harbor Commissioners announced it has awarded a $36.8 million construction contract for the Green Port Gateway, a railroad project designed to enhance the Port of Long Beach’s capacity for on-dock rail to cut down on truck traffic and air pollution. State and federal funds helped to pay for the project.

“We’re grateful to our state and federal funding partners for their help with this important project,” said Susan E. Anderson Wise, president of the Long Beach Board of Harbor Commissioners. “The Green Port Gateway is an important component of the port’s overall modernization project. It will allow us to move cargo more efficiently.”

Construction could begin as early as November of this year and is expected to continue until July 2014. The project – which includes demolition and removal of existing tracks, laying of 29,000 linear feet of new tracks and building of 6,000 linear feet of retaining walls – is the first of four rail projects expected to begin over the next year to enhance on-dock rail, which allows terminals to load containers right on their facilities rather than having them trucked to railyards outside the port.