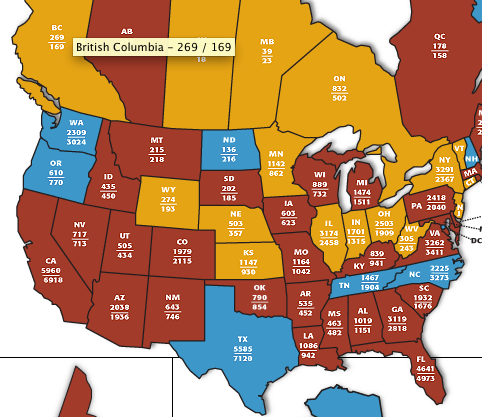 The annual Migration Patterns survey from Atlas Van Lines found in 2012 that the Southwest and Mid-Atlantic states continue to grow as destinations for Americans on the move. The results of the study were released last week.

In addition to a color-coded map showing inbound and outbound moves last year, Atlas has also put together an infographic — available here — showing 10-year regional trends for the U.S. and Canada and the states and provinces with the most movement in 2012.