Additionally, Mouw says, heavier duty vehicles get lower fuel economy than their lighter-duty counterparts, which makes controlling fuel costs a major concern for fleet managers. Domestically produced propane autogas offers fuel savings while delivering cleaner emissions. Historically, propane autogas costs up to 40 percent less than gasoline and about 50 percent less than diesel. Federal tax credits provide an additional $.50 per gallon savings. Operating on propane autogas instead of diesel also removes the complexity and cost of diesel exhaust fluid and other after-treatment measures, which can accelerate return on investment and cut operating costs. Over a 200,000-mile lifecycle, a typical fleet can expect to see fuel cost savings of $50,000 or more by operating a Roush CleanTech propane autogas Ford F-650.

“The new Roush CleanTech Ford F-650 is yet another example of the versatility of abundant, clean and price-competitive propane autogas,” said Roy Willis, president and CEO of the Propane Education & Research Council, which co-funded development of the fuel system. “Backed by a nationwide network of propane retailers offering convenient refueling options, the F-650 expands the portfolio of propane autogas trucks on the road today and provides an economic, environmental and competitive advantage for America’s fleets.”

“Ford is the market leader in commercial trucks and vans, and continues to strengthen that position by offering a full line of commercial vehicles prepped from the factory with gaseous fuel-ready engines. From Ford F-250 through F-650, and E-150 through E-450, fleets can experience the benefits of this great alternative fuel in multiple configurations,” said Mouw. Ford’s gaseous fuels prep package offers hardened valves and valve seats for improved wear resistance and durability. Ford warranty remains intact when installing fuel systems from manufacturers with the Ford QVM designation. 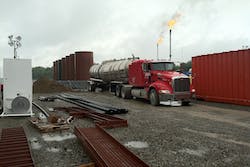 No credit? No problem 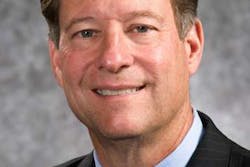 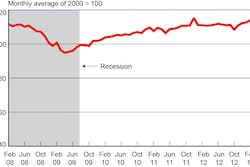 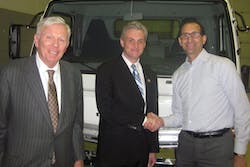