The increasing challenge of meeting new emissions-related regulations in California is driving owner-operators out of business and skewing market values for used trucks, said panelists at an industry conference Thursday.

“These emissions requirements from 2007 have been very egregious, very large,” said Mark Sturdevant, an emissions specialist who works in sales with Velocity Vehicle Group. He and Robert Tennies, truck sales consultant for Western Truck Parts & Equipment, were on a panel at the Fleet Executive Conference in Last Vegas moderated by Chris Shimoda, manager of environmental policy for the California Trucking Association.

It’s not uncommon for an owner-operator to be faced with paying almost $100,000 for a truck with 250,000 to 300,000 miles, Sturdevant said. Yet as few as 10 percent of owner-operator customers qualify for a loan on such a truck today, compared to 45 percent to 55 percent four or five years ago, due to the recession’s impact on the credit market.

Truck prices have risen largely because of emissions-related technology. The cumulative effect of that technology along with other factors has been to add almost $30,000 to the price of a new truck since 2007, Sturdevant said. Consequently, it’s not unusual for a new truck to cost $135,000 to $140,000.

The trade cycle has become far more complicated for anyone doing business in California, though, due to the schedule of compliance deadlines. The California Air Resource Board included interim deadlines for retrofitting engines to help operators who could not afford replacement, but those gradually phase out. By 2023, all trucks operating in the state must be no older than a 2010 model year engine; no retrofitted engines will be allowed.

Many owner-operators have planned on retrofitting as a solution, only to be disappointed that the condition of their equipment made it infeasible. For that reason, Sturdevant said, his company declines 70 percent of customer requests for retrofits.

When it comes time to sell an older truck that is non-compliant or about to become non-compliant, the value has plunged, further jarring the business model for owner-operators and small fleets, said Tennies.

“There’s one or two a week I hear of in my area of California who can’t face the regulations,” and leave the business, he said. Often they don’t know their options or truck values, and can’t get financing.

Because in 2006 there was a huge pre-buy of trucks to avoid 2007 engine technology, and a resulting severe drop in new truck sales for the next three years, owner-operators looking for a 2008 truck to meet California regulations find they must “pay almost as much as if they bought a new truck,” Tennies said.

Even those who have a truck with 2007 technology have had to deal with more problems than normal because it was the first round of engines to have diesel particulate filters, he said.

Many do not understand the implications of California’s emissions compliance schedule for values of older trucks. Classic owner-operator trucks that traditionally had excellent residual value no longer do in the Western market. He said he recently sold a 2006 truck with 600,000 miles for $7,500, largely because it was non-compliant in California.

There used to be a healthy market for exporting the oldest trucks to developing nations, Tennies said, but that has changed as nations have adopted new regulations and as trucks have been sold for components or scrap. “The market is so saturated with trucks, they don’t have any value,” he said. 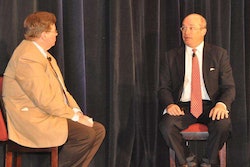 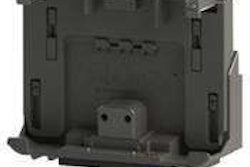 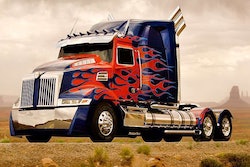 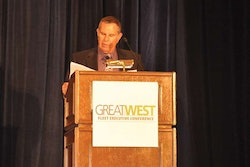