By now, most fleets have heard the arguments for – and against – natural gas as a fuel option. While there are operational shortcomings with natural gas – range limitations, weight and fuel tank configurations being the primary issues – the industry as a whole seems to have decided that the advantages of using natural gas outweigh any problems.

The United States has the largest natural gas reserves in the world, making the fuel cheaper for North American operators as well as a more secure energy source given today’s geopolitical realities. Even better, natural gas has been used in industrial and automotive applications for decades. It’s a proven technology and one that industry leader Westport Innovations feels soon will find its way into a wide variety of transportation niches – including marine and rail applications.

That’s the good news. The bad news is that switching to natural gas requires some homework and evaluation, infrastructure changes – both on a fleet and national level – and maintenance and operational adjustments. However, progressive heavy-duty fleets already are proving every day that these adjustments aren’t earth-shattering – and that once drivers, managers and technicians have adjusted to them, they’re finding natural gas to be a good fit for their bottom lines.

Take the case of Abbotsville, British Columbia-based Vedder Transport. Three years ago, Vedder president Fred Zweep began to research natural gas as a fuel for his fleet of Peterbilt 386 tractors, which work in localized dairy hauling as well as tough severe-service trips into the Cascade Mountains.  Zweep knew natural gas could save his fleet money in fuel costs, and he also knew that his West Coast customer base would applaud a move to a clean “green” fuel.

What he didn’t know was if he could configure a dairy truck – already limited by specific turn radius requirements and less frame rail space for natural gas fuel tanks – or if the range and power limitations of natural gas would work on harsh mountain roads with ice and steep grades. Moreover, how would his drivers and technicians respond to a new fuel?

Zweep decided to find out and launched an intensive natural gas research and evaluation plan. He learned about different engines and fuel types, as well as the importance of preventing fuel venting – which he says is akin to literally allowing money to evaporate into thin air. Zweep’s research effort was so thorough that at one point, he hired his local towing company to follow one of his first natural gas trucks with a wrecker until it ran completely out of fuel – just so he’d have a real-world example of how far the truck could go to alleviate driver range anxiety.

Today, Zweep says, “I don’t even think about my fleet as a ‘natural gas fleet.’ This is all mainstream to me now.” Vedder currently runs about 50 trucks on natural gas and fleetwide has accumulated more than 3 million miles fueled by natural gas – with a couple of broken injector tips being the only major maintenance issues.

The dairy trucks proved to be so quiet that in their first runs with the new fuel, Vedder received calls from farmers complaining that the trucks had missed their early-morning pickups because they were used to hearing diesel engines coming onto their farms in the predawn hours. Also, the selection of the proper engine for the job – in this case, a Westport HD pilot-injected engine – proved to Zweep that natural gas could work well in a severe-service haul.

Zweep learned several important lessons from his research – chief among them that compressed natural gas (CNG) and liquefied natural gas (LNG) both have “good and evil” aspects to them. Making sure to adopt the right technology is crucial to a fleet’s success with natural gas, he says.

“You’ll need good dealer support, or you will struggle if you don’t,” Zweep says. “A good relationship with your fuel supplier is vital. Understand going in that you’re going to have challenges. But you have challenges with diesel as a fuel, too. We’re just used to dealing with them on a daily basis.”

See Parts 2 and 3 later this week. 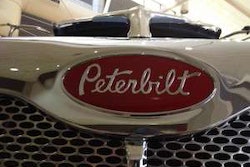 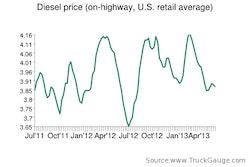 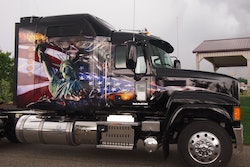