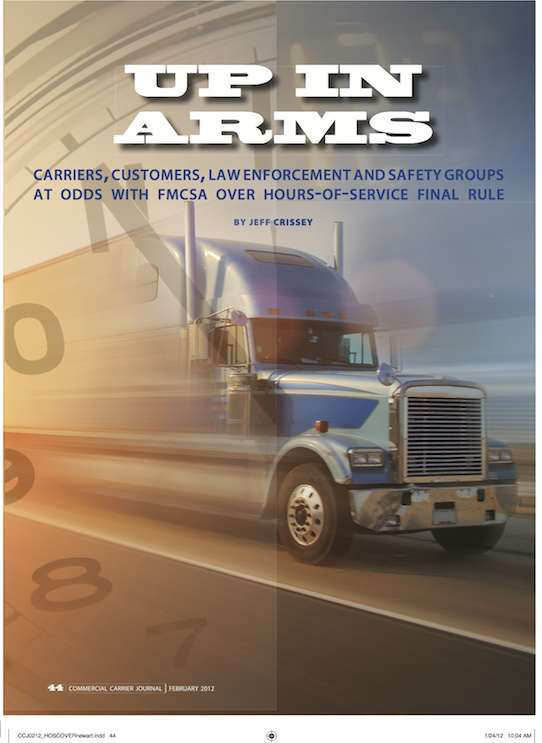 The lead page from CCJ’s February 2012 “Up in Arms” article, which has been named a finalist for a national ASBPE award.

Commercial Carrier Journal was announced June 11 as a finalist for an American Society of Business Press Editors Awards of Excellence national award in the News Analysis/Investigative category for in-depth coverage of the hours-of-service rule changes, published in the February 2012 issue of CCJ.

The “Up in Arms” piece was written by CCJ Editor Jeff Crissey. Click here to see the article.

The ASBPE competition recognizes work and commitment of business-to-business magazines, websites and newsletters. The contest is very competitive, and it is one of the largets b-to-b publication competitions. The competition’s judges include business editors, designers, consultants and academicians.