Spot market rates in all three segments reached all-time highs in June, and though the per-mile rates fell slightly in July, they’re still stronger then the same month in 2012.

According to data released this week by Internet Truckstop, dry van and reefer rates fell month over month while flatbed saw no change from June. True to yearly trends, all three segments peaked in June and then saw dips in July. Rates typically fall throughout summer and into fall before seeing a bump around the end of the year due to retail and grocery outlets prepping for the holidays.

Rates had been risen every month since February in all three segments.

In July, however, reefer dropped 14 cents to $2.36 a mile — 14 cents higher than July 2012’s rate. Dry van dropped 9 cents to $2 a mile. July was only the third month since Internet Truckstop began keeping records in 2005 in which dry van topped $2. Other than June and July of this year, June 2012 was the only other month that van rates hit the $2 mark. 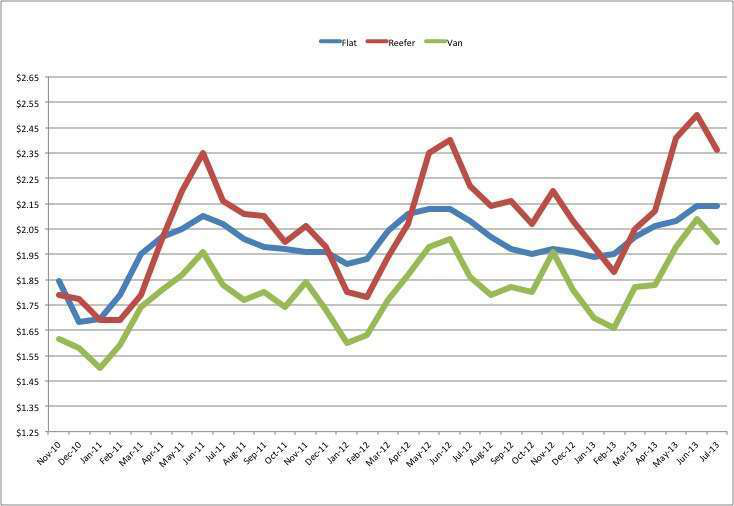