Bren Marshall, Director of sales for SmartTruck, says he envisions the group to become a driver-to-driver education platform where drivers help one another to become more efficient.

“Drivers sit there and spend all kinds of time sharing information,” he says. “It’s all educational.”

“You can’t afford not to have this (Tray system), if you’re going to stay competitive,” Daniel Snow says, adding the color coordinated trays can add to the looks of the rig. “I’m too old school for looks not to matter. That truck is our business card.”

Snow adds the system works well for regional, local and long hauls and is CARB compliant.
Road Team’s educational efforts will be supported by emails and newsletters, as well as online. There will also be membership events for Road Teamers.

“We want to help teach them more about aerodynamics,” Marshall says. “What makes aero work, what is drag…”
Member benefits include a method which drivers can earn gift cards for referrals that lead to sales of SmartTruck systems, Marshall says.

The SmartTruck Road Team program is available to current and future UnderTray System owners. Those interested in the program can call the SmartTruck owner-operator hotline (866-986-8623) to join.

“The SmartTruck system delivers durability and fuel performance,” said owner-operator Denny Boatman. “I save over 500 dollars a month in fuel, so I will only pull a SmartTruck-equipped trailer.” 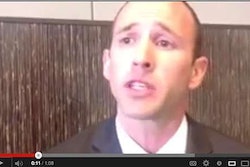 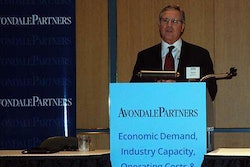