Though there will be an uptake in alternative fuel sources in the next few decades, conventional fuels — like diesel —  and the internal combustion engine will continue to power the world’s vehicles for some time, said Shell’s Richard Tucker, general manager of technology for the company’s commercial fuels and lubricants division.

In the year 2050, two-thirds of vehicles on the road will still use conventional fuels and conventional engine technology, Tucker said at a Shell press event in Hamburg, Germany, last week.

The challenge, he said, will be in continuing to cut emissions of those engines and keeping up with the ever-increasing amount of vehicles on the road: Tucker said that by 2050 another 2 billion vehicles will be on the world’s roads — a 60 percent increase over the amount of vehicles in use today.

But those vehicles will powered by what Tucker called a “mosaic” of energy sources, ranging from the dominate conventional fuels to sources like natural gas, hydrogen, solar and electricity, he said.

He added that gas-to-liquid will emerge as an alternative source of energy for vehicles, and Shell has invested $90 billion recently in a GTL facility in Qatar to research it. GTL is a clean-burning, low-sulfur, highly low-emissions fuel when converted to diesel, Tucker said.

Natural gas will also be a big player in the future of vehicle energy sources, he said, but it will not be “an overnight revolution.” It is a fuel source Shell’s investing in, however, including its Green Corridor in Canada and its cross-country LNG corridor partnership with TA.

“We’re putting a lot of effort into being world’s most innovative energy company,” Tucker said, adding that the company is investing worldwide in its research facilities, including remaking its Hamburg, Germany, tech center and renovating its Houston facility. It’s also made investments to its Shanghai center, he said.

Part of Shell’s strategy includes partnering with truck and engine manufacturers to build “cost-effective packages,” Tucker said, as both groups are evolving.

Frank Machatschek, another technology manager with Shell, said the company’s partnerships with equipment manufacturers help both parties develop a deeper technical understanding of the other and the issues they face.

By partnering with OEMs, Machatschek said, Shell can create engine oil products with extended drain intervals that offer proper engine protection and increase fuel economy — all three of which help lower the cost of truck ownership.

The second challenge, environmental issues, can also be mitigated with better fuel economy, he said, but Shell also is improving its compatibility with alternative fuels and engines with exhaust aftertreatment.

Machatschek also reiterated the company is “working on building the future energy mix,” in which natural gas can be a big player, he said.

Click here to see coverage of Shell’s discussions on the emerging low-viscosity oil at the Hamburg press event. 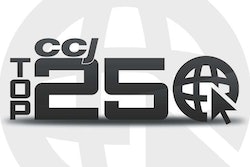 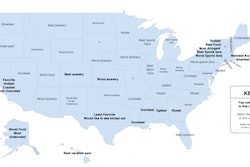