CCJ has been around now for more than a century. And, as a result, we have a wealth of photos and back issues that trace the development of the trucking industry from something of an after-thought to the highly diversified, specialized and crucial industry it is today. 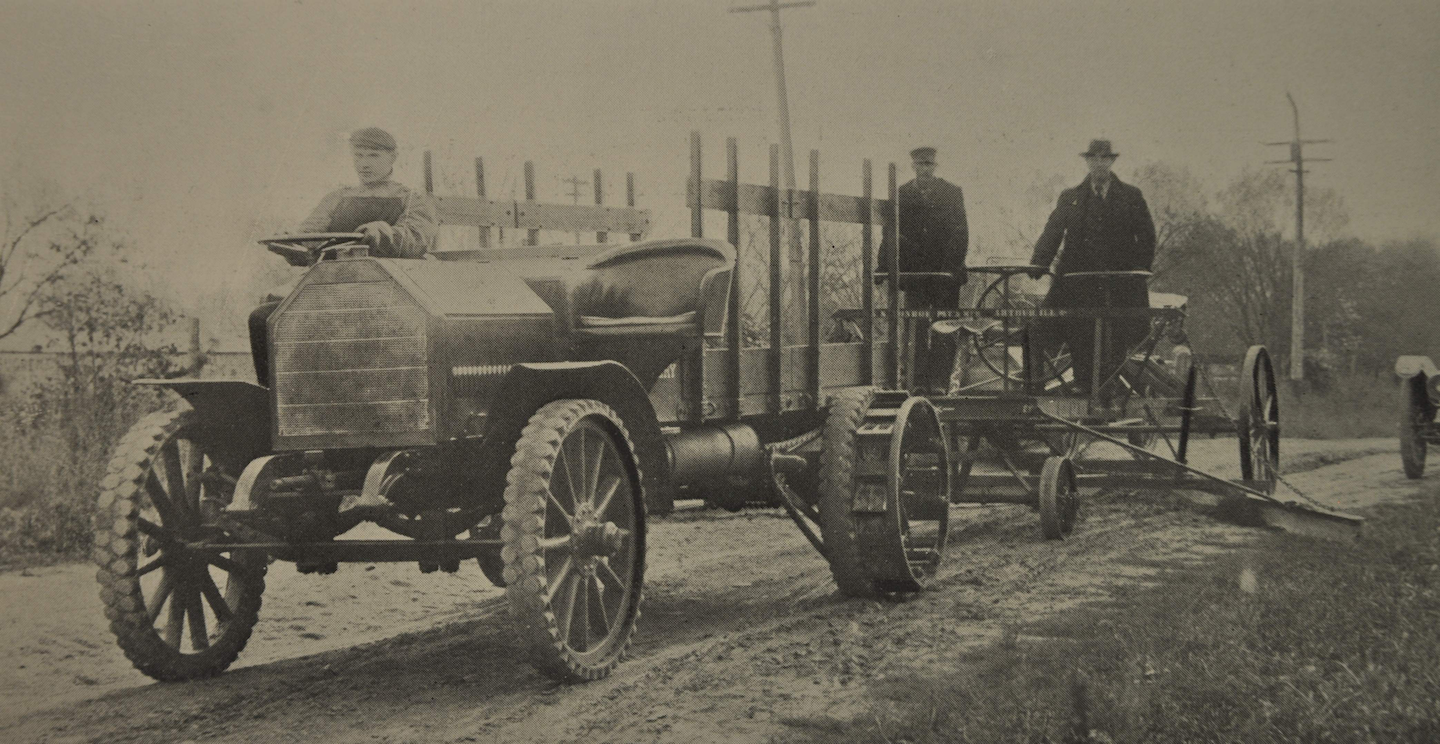 Construction was a natural fit for early trucks. And, symbiotically, so was building roads for the new-fangled vehicles to drive on. Here, an early truck pulls a grader. Note the ad hoc nature of the truck: right-hand steer, plush seating, a stake body and ag-tractor style iron wheels in the rear. That’s not the most ergonomic steering wheel arrangement you’ll ever see, either. The whole tractor-trailer concept was beginning to take shape as early as 1916. And this helpful photo essay in CCJ laid it all out for readers who were interested in getting more payload from their vehicles. By the 1930s, art deco styling along with vibrant color ads were dominating the truck industry. Diamond T — another long-lost American marque — was showcasing a whole line of flashy, sleek truck designs in the pages of CCJ. 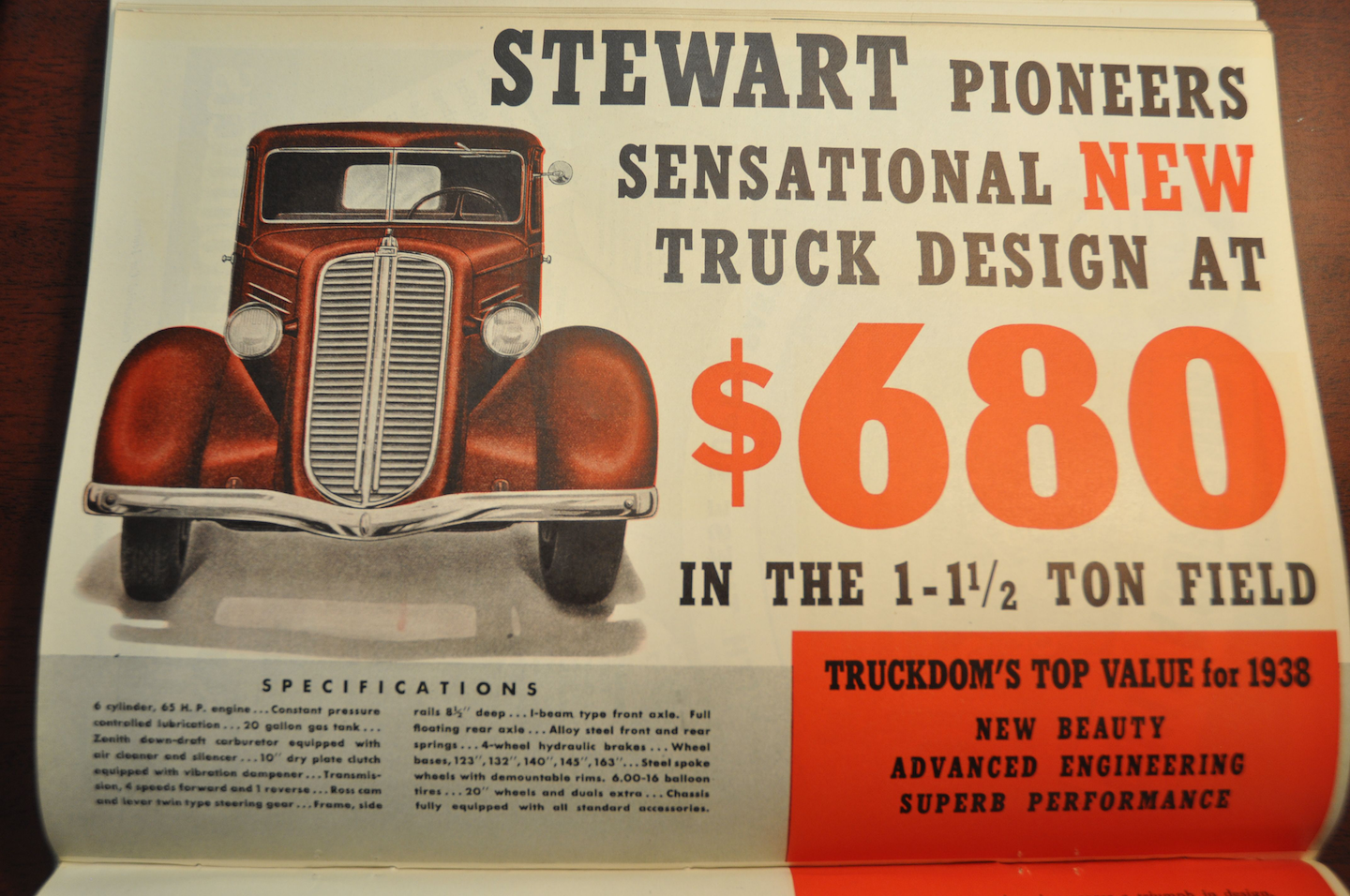 “Truckdom’s Top Value for 1938″ was — at least in Stewart’s eyes — this 1-1/2 ton model for $680. Stewart was a small player in the light truck market with a good reputation for quality products. A bit of their history can be found here.

These photos — taken from very early issues of CCJ (which was then called “Commercial Car Journal”) show how far we’ve come: 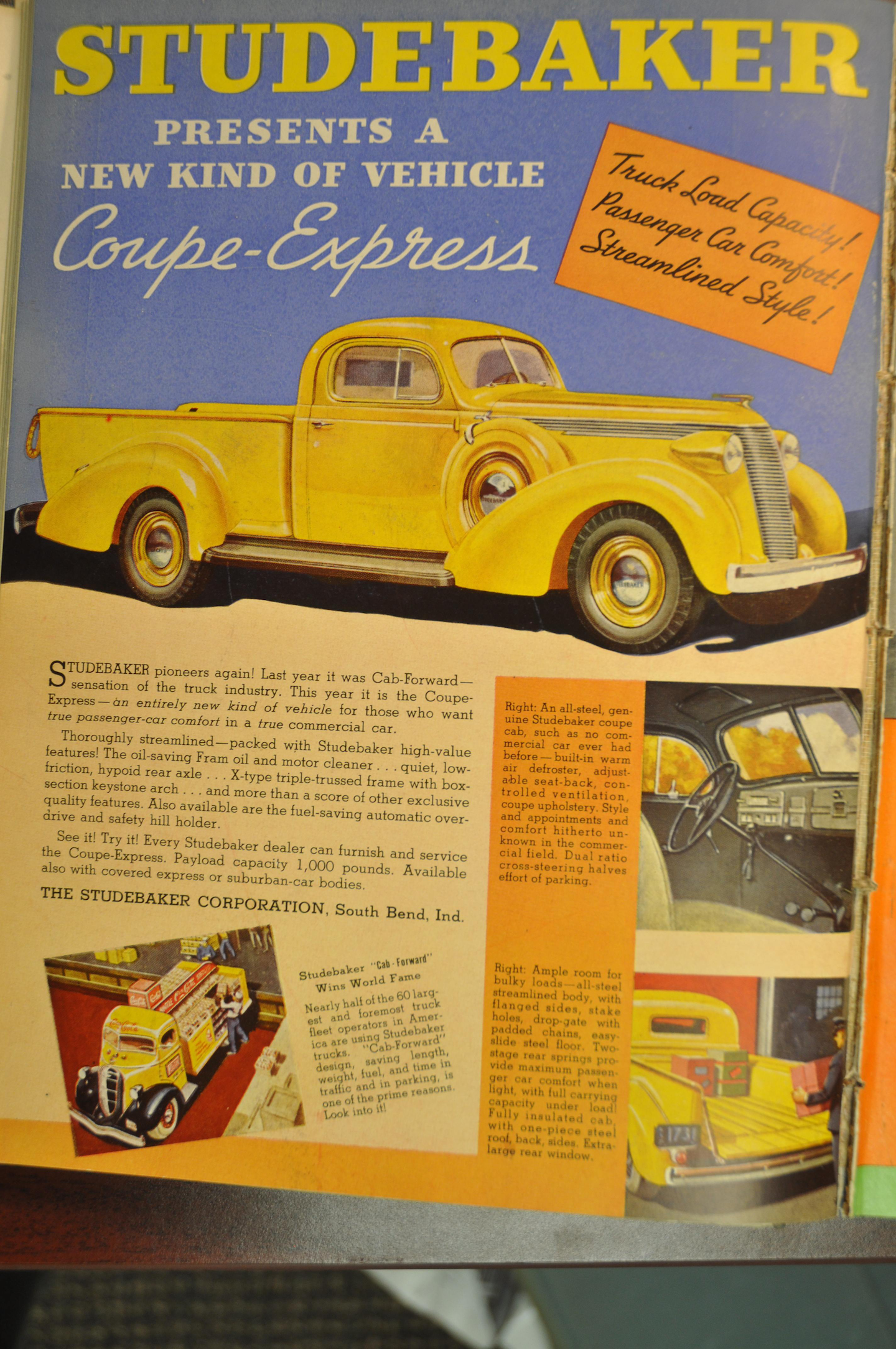 Studebaker was another important American truck brand. The company never built heavy-duty vehicles, but it had a good reputation for tough, dependable light-duty trucks that were common in urban delivery applications. In spite of the crippling Great Depression, the 1930s were a time of tremendous innovation and technological advances in the trucking industry. In hindsight, on of the most far-reaching new products to appear was the Ford V-8 gasoline engine. By the early ’30s, Ford was foundering as an automotive leader, offering designs that were widely regarded as uninspired or downright obsolete. The V-8 engine changed all that — and remains a mainstay in both automotive and trucking to this day. International Harvester was one of the largest companies on the planet by the 1930s — and its advertising budget reflected that fact. Colorful International ads dominated CCJ in this era showcasing the company — and its trucks — as a crucial force helping establish the United States as a burgeoning superpower. 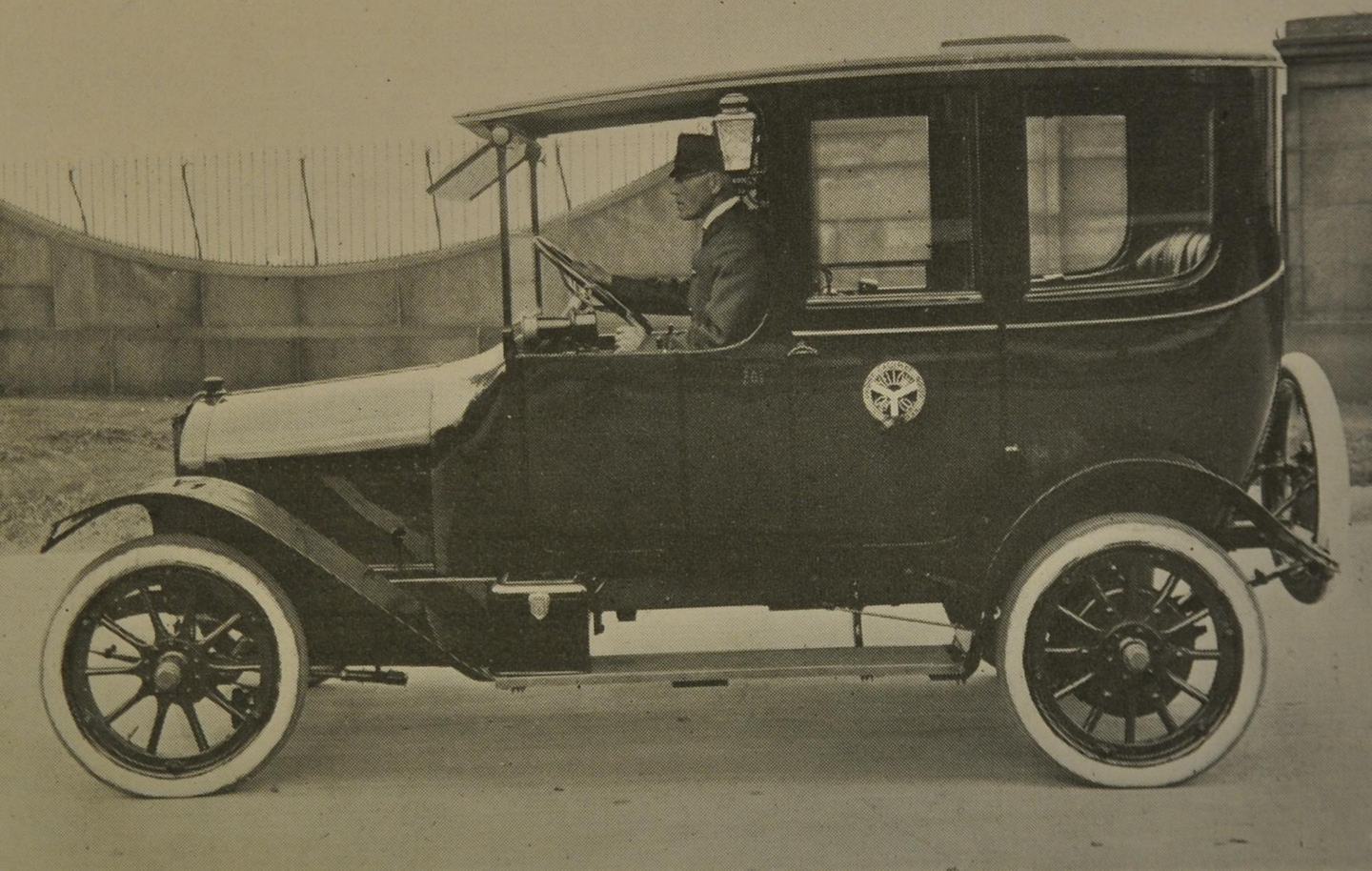 Up until the 1960s or so, CCJ was as much a car magazine as a truck magazine: Rental car fleets, taxi companies and municipal automotive fleets were very much apart of its editorial coverage. Here, the company profiles an early Yellow Cab automobile. 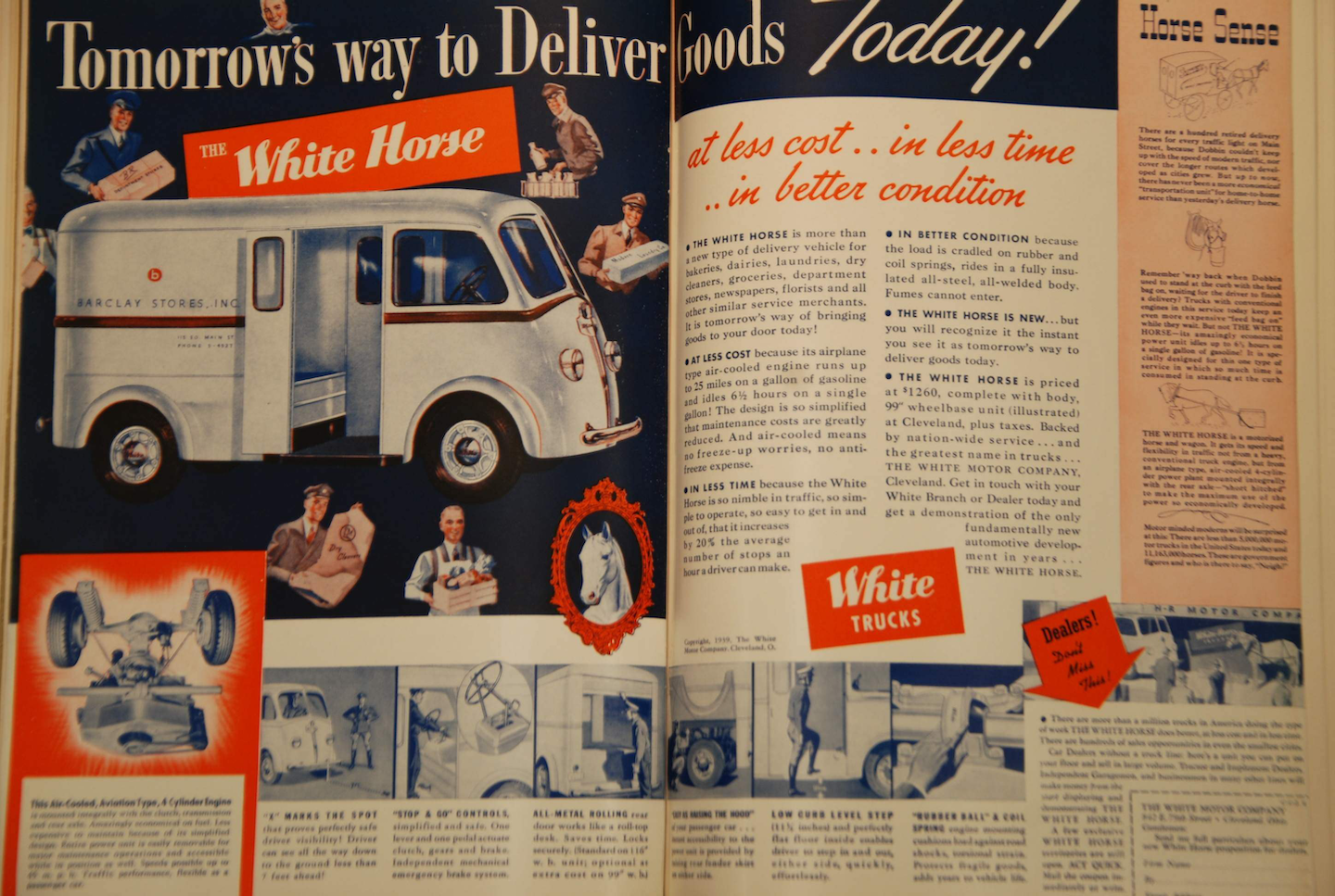 A third innovation to come out of the 1930s was the development of the dedicated delivery van. White’s “Horse” model sounds odd to modern ears. But the concept of a small, maneuverable, specialized delivery tuck was absolutely revolutionary. And a concept that modern manufacturers continue to refine to this day. 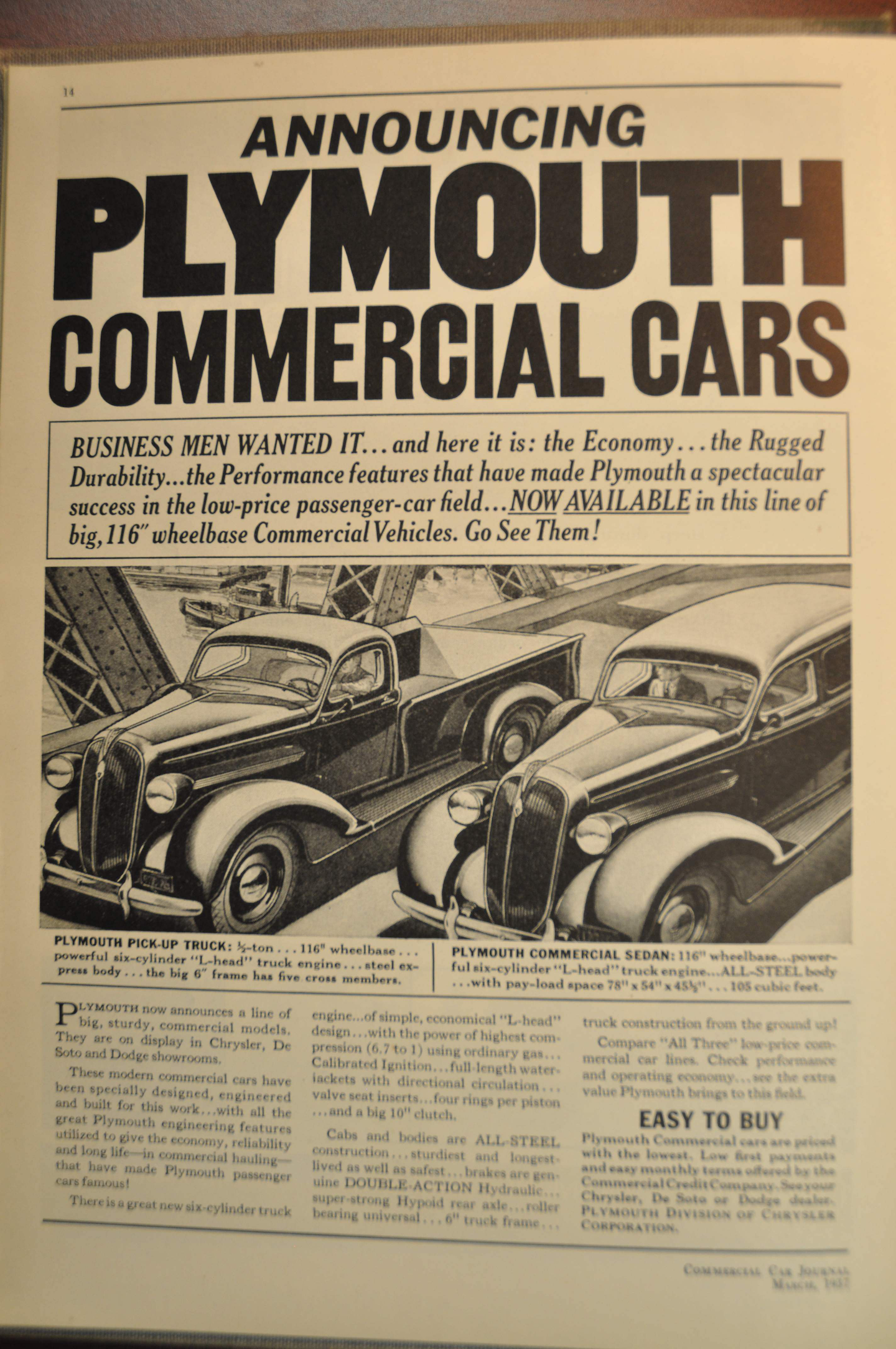 Plymouth was Chrysler’s “Chevy Fighter,” an entry-level option compared to mid-range Dodge and the luxury Chrysler nameplate. Plymouth trucks were eventually discontinued in favor of the Dodge brand, which today carries on a Ram Trucks.
Get the business tips, industry insights and trending news every trucking professional needs to know in the CCJ newsletter.
Sign Up
Read Next