Class 8 orders in December hit their highest point since March 2006 en route to a 50 percent year over year gain and a 50 percent gain over November, according to preliminary data released last week by ACT Research.

“Strengthening domestic demand has been supported in the second half of the year by improving economic activity that has translated into improved profits for truckers,” said Kenny Vieth, ACT’s president and senior analyst.

Trailer orders dropped in 2013, falling less than 2 percent from 2012. December, however, saw a gain of 14 percent over November, as six of the 10 trailer categories posted gains.

Frank Maly, director of commercial vehicle transportation with ACT, pointed to single digit cancellations in all trailer categories as “a positive for the industry.”

“In addition to indicating that existing fleet commitments are solid, low cancellations also simplify material flow and order planning by the original equipment manufacturers,” he said. 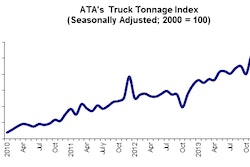 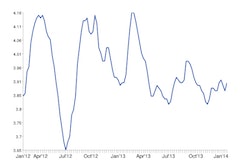