Navistar, maker of International brand trucks, reported a net loss of $248 million in the first quarter of 2014, stemming from lower sales brought on by its continuing transition away from EGR to SCR as a means for meeting federal emissions standards and lower sales of military vehicles, the company said.

The net loss is also a decline from the company’s performance in the first quarter last year, when it reported a net loss of $123 million.

The company’s truck segment posted a loss of $207 million, down from last year’s $101 million loss. Its parts business made a profit of $104 million, and its financial services segment had a profit of $23 million, the company said.

“We signaled that this would be a tough quarter due to our mid-range product transition, the ongoing reduced sales in our military business, and because the first quarter, historically, represents the weakest operational period of the year for us. Given all this, we are encouraged we hit our cash and adjusted EBITDA guidance,” said Troy Clark, Navistar president and CEO.

Navistar says bright spots in the first quarter include the launch of the Cummins ISB engine for its medium-duty International DuraStar line, which helped push the company to a retail share of 22 percent in Class 6 and 7 markets. The company also had 18 percent of retail share of the Class 8 sales in January.

Its order backlog, too, was 56 percent higher in the quarter than the same period a year ago.

Navistar also announced the next step in its transition to SCR: Adding the exhaust aftertreatment technology to its high horsepower inline six-cylinder engine platform to complement the recent Cummins ISB launch. Deliveries are scheduled to begin this summer, the company said. 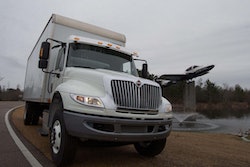 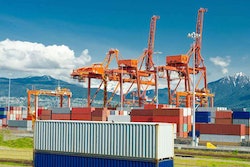 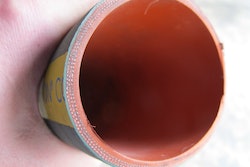