Navistar and Women in Trucking today gave WIT’s top award to Marcia G. Taylor, who has overseen the growth of Bennett International Group for 40 years.

Taylor was named WIT’s 2014 Influential Woman in Trucking at the annual meeting of the Truckload Carriers Association near Dallas.

“I never planned on being in transportation,” Taylor said upon accepting her award. “It wasn’t something I ever thought about, but thankfully God had a better plan for me.”

The other finalists were Amy Boerger, general manager of field sales and service for Cummins; Kim Kaplan, president and CEO of K-Limited Carrier; and Stephanie Klang, a Con-way Truckload driver who is also a captain on America’s Road Team, an outreach arm of the American Trucking Associations.

“Women make a difference in the trucking industry every day,” said Jan Allman, vice president of manufacturing for Navistar. “The goal of the Influential Woman in Trucking award is to shine a spotlight on their contributions.”

All the candidates are “helping us to pave the way for the next generation of women who will become leaders and innovators in trucking,” said Ellen Voie, WIT president and CEO.

Taylor and her husband, the late J.D. Garrison, acquired Bennett in 1974. She has guided its growth into an international transportation management and supply chain company with eight business lines. The company, based in McDonough, Ga., provides trucking, warehousing, freight forwarding and other services.

Taylor has received many national business awards, including being named Entrepreneur of the Year by Venture Magazine. She serves as CEO of the Taylor Family Foundation, which donates a portion of profits to charities. 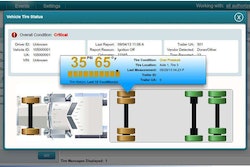 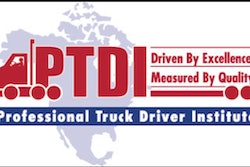